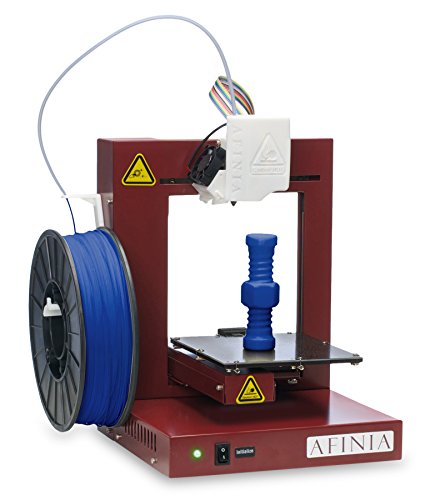 I do not recommend buying this printer until UP/Afinia fix the controller board ...

In short: I do not recommend buying this printer until UP/Afinia fix the controller board issue.

Bottom line:
This really is an excellent printer. I have worked with linear actuators for over 15 years. The technology UP/Afinia is using is exactly what they should be using. The problem is the controller board. They are not reliable. Three out of three units were bad. They either did not work out of the box, or portions of them stopped working within a week.

If UP/Afinia were to fix the problem and create a reliable controller board, this would be the 3D printer to get. But as it is, don’t bother.

If you don’t heed my advice, at least do this. If any part of the unit stops working within the first month, return it for your money back or a replacement. Don’t get stuck swapping boards on the unit for the rest of the year. It only has a year warranty.