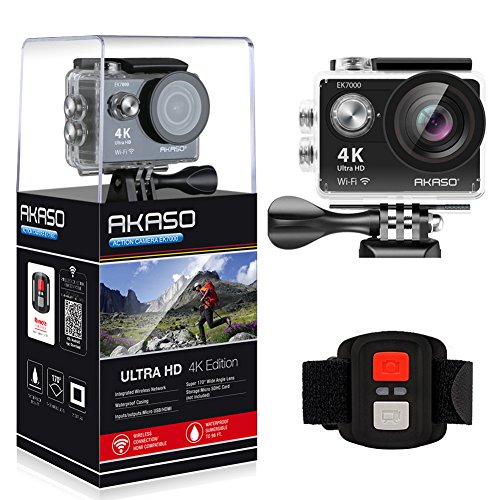 If you're a fellow stupid American, read this.

I'd say the camera itself get 3.5/5, but the insanely low cost gets it bonus points. There are some great things this camera can do and, considering it's the exact size of a GoPro, you can use a slew of attachments without having to worry about where they're coming from. People have talked about the positives here so I wanted to point out a few common-sense problems that don't have easily accessed solutions on Google.

I’ll try my best to answer any questions anyone posts as a reply to this post, so please feel free if you just opened the box and feel as lost as I did for a while there. Hopefully this information helps someone out!

After using my new Akaso in Hawaii for what I hoped would be awesome snorkeling shots, I am convinced there's no reason to spend big bucks for a GoPro. Maybe for some extreme uses, but not for the type of uses I envision for a sports action camera. No way would a GoPro yield video any better than what I get out of my Akaso.