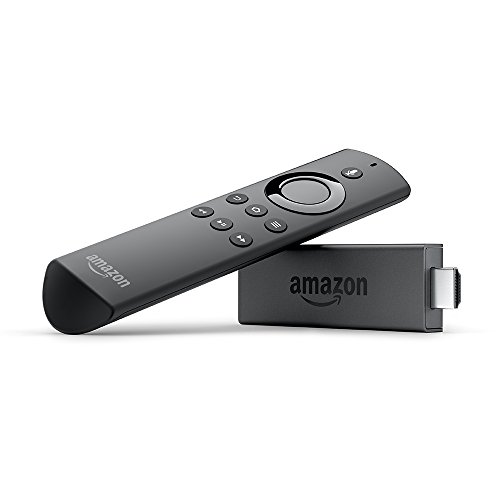 What I once thought was silly is now a good thing!

Earlier this month, my TV entertainment included Dish 200+ channel satellite TV, 20Mbps turbo internet, Netflix, and Amazon Prime. After doing some research, I bought 3 Amazon Fire Sticks with the voice remote, cancelled Dish, upgraded to 30Mbps internet, added Sling 25 channels, added standard Hulu, and CBS All Access. Guess who still gets 96+% of the channels watched, added Prime Music and several hundred shows (that networks don't play) to all the TVs in the house, and saved over $700 per year compared to what I paid this past year? I did. I never thought of "cutting the cord" until I really looked into it all. Getting Amazon Fire Sticks are worth it and they work well....and once you get used to knowing what show plays where, it's a no-brainer. Just like how you originally had to figure out how to use a smart phone back in the day. After a while, it's a breeze. I highly recommend everything I listed in this review. Seriously....take a couple hours and make a spread-sheet listing the must-have shows that people in your household watch. Then make a comparison to what's available on the streaming services. If you're like me, and you don't watch 80% of the channels you pay for, it's so worth it.

A nice media stick with lots of apps

I was actually going to give this a negative review until recently. I would try to stream content from Netflix, Amazon Prime, and HBO Go but was constantly receiving errors that the video I was watching wasn't available at the time. I had to keep switching back to my Chromecast because of this. It was so bad that I was going to return the Fire TV stick, I was getting it all packed up but noticed that the TV stick was on.

I turned my TV to that input, the software had been updated. Amazon rolled out a total software update. The interface is cleaner (though it looks a lot like an Apple TV), it’s faster, and I’m no longer receiving that stupid error. Netflix, HBO Go, Amazon Prime, Comedy Central, and every other app I use are all smooth without interruptions.

Using Alexa to search for content is nice as I no longer have to hunt around in the various apps that I use. I can simply do a vocal search for “Westworld” and Alexa will show results that are in multiple apps including HBO Go. I can cast video to the Fire TV Stick with the new update as well. I should have been able to before the update but it never worked. I would experience constant framerate drops and missing audio while casting from my Surface Pro 4. But it’s smooth now.

I do wish that Amazon would open up to more services like Google Music or Apple Music but those might be locked down by their respective owners. It’s also a shame that more movie services aren’t offered. Like Amazon’s other products, the Fire TV Stick is a vessel for consuming more content through Amazon. It’s one reason why I didn’t buy an Echo and went with Google Home instead. At least the Fire TV Stick works with all the apps that I want it to.

I definitely recommend this for anyone who needs a new media streaming device but doesn’t want to break the bank. Amazon’s new update fixed my Fire TV Stick so that it’s actually usable. The interface is fast, apps are open almost instantly, and voice searching via Alexa is a smooth experience. I do wish that more service providers would come together and make their content accessible on other devices but that’s OK.

Now, the only negative I really have to say about the Fire TV Stick is that it does require the use of a power outlet. It’s supposed to be able to run off of a standard USB port. My HDTV has two and both output power at 1A, 5V but that’s not enough for the stick. So I had to buy a USB extension cable and use the provided AC adapter.