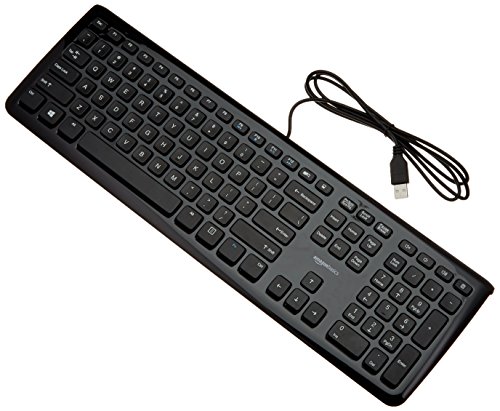 Great value if you're not looking to go mechanical

I want to preface this by saying the 5 star rating is in comparison to other similar keyboards. This isn't a mechanical keyboard and it doesn't claim to be, so I'm not comparing as such.

I write for a living–some weeks I might pull 25,000 words depending on what’s going on. After going through a number of cheap Logitech keyboards over the course of a couple years, I picked up a mechanical. Then, my mechanical was having some issues and I needed to replace it but it wasn’t in the budget. I needed something cheap that would put up with regular use and figured I could toss in a bag if I was going somewhere and didn’t want to use my laptop keyboard.

I’m glad I picked this one. It sees far more use than I ever intended and it’s held up like a champ. After a few months of regular use, the keys still have their lettering, they’re all still responsive and more importantly, I’ve had zero problems with hand cramps or wrist pain.

Unlike many basic budget keyboards, the key layout on this one is fairly untouched, while still making room for media controls. There’s not a ton of hotkeys, but the ones there are actually useful.

I enjoy the feel of the keys. They’re not mushy like a membrane keyboard but aren’t nearly as tactile as my favorite Cherry Blues. For the price, the typing experience is stellar.

This isn’t a quiet keyboard by any stretch, but it’s also a far cry from the clackety-clack of a mechanical. I can still pick up keystrokes when recording with my headset mic, but it’s a background noise and no intrusive on the audio side.

One issue I could see if if you’re not happy with the angle of the keyboard. It’s not adjustable in any way, but fortunately for me, it’s a great fit for my normal typing angle. The grippy sections have no trouble keeping the keyboard firmly planted on my glasstop desk either…

Very happy with my purchase and will likely pick up a spare to have around just in case.