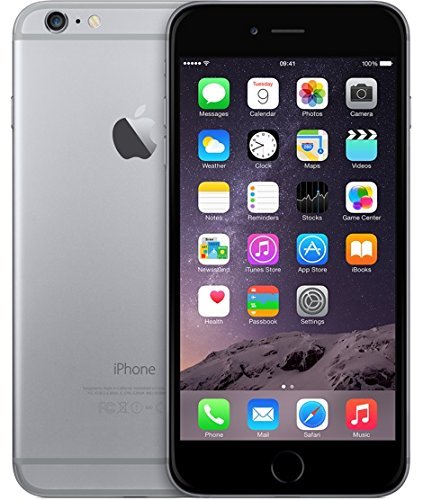 An Android User's Review of the iPhone 6: Read this if you are thinking of switching from Android!!!

So I made the switch from using Android to the iPhone back in October, and I've been using the iPhone 6 for the past few months now and can give a detailed review on what it's like to switch over. Before this switch, I've used the Samsung Galaxy S2 (first smartphone ever!) and also the Nexus 4. Since I'm a tech enthusiast, I'm well versed and have played around with many other Android devices, including all the big names, Galaxy S5, HTC One M8 and M7, One Plus One, and so on. Here are my thoughts:

Things that the iPhone does really well (both hardware and software-wise):

Here are the things that I miss on Android:

Conclusion:
Overall, I think the iPhone is a fine device to use and you probably won’t regret investing in one. The customer service from Apple is top notch, even if their parts cost an arm and leg. I think that, and I hate to say this because it’s going to sound like every blog writer out there, the choice really does come down to personal preference and what you use the phone for. So, I’ve broken down my recommendation based on user case scenarios:

If you are user type…

Workaholic, Students: Android will be the best option unless your company/job dictates that you use an iPhone. The integration with all the apps and the feature with dropbox is just so important to anyone who works on their phones and other mobile devices. I would either get a pure Google device (N5 or N6, I like smaller phones… so N5 is up there) or a Google Edition device, or the Moto X. Samsung and HTC are also good choices but updates may be slow. One Plus One is actually pretty cool. They are not the best when it comes to customer service since they’re a small company filling huge demand, but from my experience, the device is solid and definitely a work horse.

Medical and Science community: iPhone. Unfortunately, most of the med and science people rely on Apple products, and a lot of new apps still come to iOS first or are better updated and designed on iOS.

Recreational, use a phone as a communication device and for fun: iPhone. The camera and social apps are fun to use on the iPhone.

For older folks: This is a split. If you’ve used Apple products before, then iOS will be easy to learn. Android phones have gotten a LOT easier to use thanks to a big push from Google dealing with not only the UI from a software perspective but also from a design perspective. It is more intuitive than it used to be.

Photographer, blogger, foodie: iPhone 6 still has the best selection of apps and arguably the best camera. Samsung’s camera is great, but the company is known to really bog down their stellar devices with bloatware that ruins or significantly slows down your phone after 1 year of use. I love the HTC ONE in design, but their gamble on the cameras have not paid off for their customers or themselves.

So was this the right switch for me? As I’m learning more about the iPhone and iOS, I’ve realized that when the two year is over or whenever this phone dies on me, I’ll most likely switch back to Android. While I think I’ve been thoroughly spoiled by the fingerprint sensor, the productivity that I enjoyed on Android just doesn’t replicate itself here on the iPhone. Maybe it’s not meant to be a super productive machine, but I guess my main point is that I’d like to have that option available when I need it.

Another side note: Most of the shortfalls of either Android and iOS can be bypassed via means of rooting, custom ROMs, and jailbreaking (in the case of iOS). And I do understand that a lot of people enjoy doing this and can get their phones to work fantastically well. I used to do a lot of customization and go through ROMs once every three days on my Android devices, but I’ve come to realize that I’d rather spend that time using the device than customizing it. So, nowadays, I just want my devices to work right out of the box. The little details like a great camera, fingerprint sensor, and the ability to have my dropbox synced on the go and a good notification system should all be there when I turn on my phone.

Summary and TL; DR:
So there you have it. An Android user’s thoughts on using the iPhone 6. Do I have regrets switching over? After using my friend’s One Plus One and seeing Material Design on my old N4, I definitely regret it. But for now, the iPhone 6 suits my needs, even if there are occasional frustration points. If you are an Android user, please consider all these points and google similar stories before switching.

Also, I’m one of those workaholics and forever in search of super productivity, hence my review that I’d like to go back to Android. However, I know plenty of people who swear by their iPhones for productivity. If you are always connected and depend on a suite of iOS specific apps (including apps that are better designed or work better on iOS), then chances are you love the iPhone. There are plenty of things to like and love about either OS. It really does come down to personal preference.

***UPDATE 2/9/15: I got to try the new Outlook 2015 app by Microsoft, and it has alleviated a lot of the email/attachment issues that I have mentioned above. It allows you to sign into your Exchange, Outlook accounts as well as your Gmail, Yahoo, and iCloud emails. You can also integrate your OneDrive, GoogleDrive, Dropbox and Box accounts, and that’s where the magic begins. Once integrated, you can attach any file located in those drives, which is great! You can also attach files that are attached in emails that are already in your inbox! And, you can now reply an email with the option of attaching a file. Finally, you can decide if you want to open up links from emails in Safari or another browser installed on your phone (so, you are no longer bound by default Apple apps). This is a huge step forward, and it’s from Microsoft (a pleasant surprise). ***This app has really improved my productivity needs, since when considering the iPhone we have to take into account the hardware and the software/app ecosystem, i think this makes sense to bump up the rating to 4/5. There are still kinks when switching over if you are used to productive flexibility on Android phones, but right now the 3rd party apps are getting better and better at work-arounds.

***UPDATE 1/2/2017: The iPhone 6 has served me well over the past two years, but I’ve made the upgrade to the iPhone 7 a few months ago. If you are interested in reading about my thoughts on the iPhone 7, you can read my review here on Amazon Robot Check