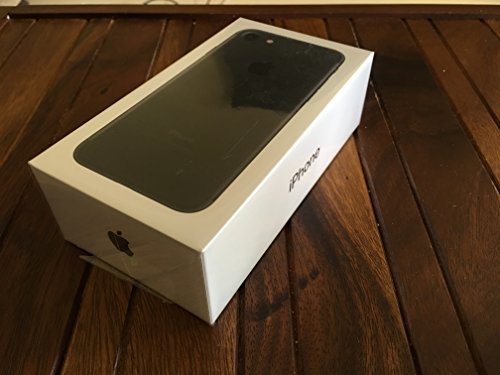 I have owned every iPhone since the 3G model. Every year for 7 years I have upgraded. In my household is a slew of Apple products from iPads, MacBooks to iPhones. My household now has 3 new iPhone 7 models. But I am also a bigtime Android owner with several high end Android phones and tablets from various manufactures. The thing is, my family loves high end tech and appreciates quality regardless of brand, make or model.

I follow the mobile tech world religiously and stay abreast of all new technologies and products from all companies, big and small. I watched the Keynote on September 7th live and listened to Apple pitch the iPhone 7. I pre-ordered the 7 at 3am EST on the 9th so I could have it in my hands on the 16th.

But then I came to a realization about the 7 and 7 Plus that struck a chord with me. All the new tech on the 7 is not new at all, in fact has been on several phones in some cases since 2011. I also realized that the tech inside the 7 only matches mid-range android versions. If you take the Apple logo off the back and re-brand this under Android, it would not be a $770-$970 device but a $350-$550 device given the hardware and features it has. In fact, Apples net cost on the 256GB 7 Plus is only $226 yet retails for $970. This is disturbing to me, not just the 403% profit margin, but the whole effort into making an average iPhone for todays standards. Apple use to be a leading-edge company with innovations that took the industry by storm. Today, in 2016, Apple no longer excites me. Sure the integration between software and hardware is not matched by any tech company today but the gap is rapidly bridging. At such a premium price, I think after this version, considering there is nothing innovative about it and retails for double what other companies offer, has me moving away from Apple in 2017. I dont know about you, but the old saying goes the bigger you are the harder you fall. Bye bye Apple, time for a divorce.

Apple certainly raised the bar on smartphones and has kept that bar up. My expectations are high for the iPhone and as such when they are not met, as with the iPhone 7/7 Plus, my letdown is all that much harder. The IPhone 7/7 Plus are great phones do doubt, but do I think they are $970 great? Certainly not. Apple (could have) done so much better with the iPhone 7 and didn’t. That is my letdown.

When it comes to raw processing power Apple wins in controlled and application tests. But in 2016/17 nearly all phones are fast enough, heck even the iPhone 5s of 4 years ago is fast enough, but today, shaving milliseconds off app switching times or load times goes beyond the human brains capacity to keep up. It’s not about pure brawns, ecosystems, cultures, or social image, it’s about value and making life’s tasks easier.

Apples multi-million dollar 12 step polishing process to get the Jet black phone to shine is not nearly as important as making it available at affordable prices and offering cutting edge features that make my whole reason for existing plausible.

If I walked into my Honda dealer and saw the new 2017 Accord had a price tag of $110,000 I would walk out immediately, it’s about value. Even if the Accord blew the doors off its competition I still walk because its value is lost.

Truth of the matter is even India’s $4 phone gets the job done, and that’s a fact.

Lets examine the iPhone 7/7 Plus components.

CPU:
The A10 Fusion chip in the Apple 7s is manufactured by TSMC, (Samsung made the A9 chips in the 6s). It is a quad-core 16nm big.LITTLE soC running at 2.34GHz tops, 1.3GHz nominal with 3GB of LPDDR4 RAM, (2GB on the 4.7- inch version). Similar chips and even more powerful quad-core, hexi-core and even octa-core chips run in various far less expensive phones using 4GB to 6GB of LPDDR4 RAM running in dual channel mode. The one thing Apple does do extremely well is manage its RAM which is all software based. The Linux driven Android software has not got there yet. Yes, this is an advantage Apple currently holds over the competition but one that is vastly slipping away.

LCD:
The LCD panel is also on level with submarket phones. The LPIPS 1080 panel is rated at 401P, 1300:1 contrast, (1400:1 on the 4.7 inch), 625nits and P3 Cinematic color gamut at 125%. Lets examine this. With the exception of the P3 color gamut, every $200 and above phone has this or better. I can list a slew of phones all under $300 that have LPIPS, (or even better OLED), 1080 FHD, 1500:1 to infinite contrast ratio, 500-700nits and sRGB color gamut at 100%. The Neo-LPIPS panel supplied on Huawei products is nearly as excellent as the S-AMOLEDS produced by Samsung and supplied on phones starting at $150. Apple has been in talks with Samsung about supplying s-AMOLED panels for the iPhone for 3 years, I believe the iPhone 8 will receive this panel next year. The cinematic P3 rating and higher brightness output (nit) was given to the iPhone 7s to help make the photos pop on-screen better.

CAMERA:
The Bokeh effects of the dual camera system on the 7 Plus can easily be duplicated in Post with software. I wont argue and say the camera implementation on the iPhone 7s is not excellent, sure it is. But the Leica dual camera system on the P9 and Honor 8 are just as good and offered on devices that match or surpass other technical features and cost half as much. The camera system on the S7 is excellent too. LG has excellent implementations on the older G4, G5 and new V20. The LG G4 that can be had for $150, has a 2.1GHz hexi-core CPU, 3GB RAM, 5.5-ich QHD screen, 32GB on board memory, 128GB SD slot, and a 16MP camera that shoots in RAW and even by todays standards is excellent shooter.

SOFTWARE:
With iOS 10 we can now delete stock Apple apps. This is Apples way of saying they understand their app versions suck and no one uses them or want them. We can replace them with much better 3rd party versions that also happen to have equally good Android versions. In the 30 days iOS 10 has been on the iPhone 7, (9/16 to 10/12), it has had two major updates, v10.0.1 and v10.0.2. Lets not forget the epic failure of the lightening headphones, Gallery App and extensions crashing. This is a bug fix every two weeks. Also in the 30 days I have owned my iPhone 7 I have had to perform two hard resets for Apple Apps locking and seizing up, one was Safari the other iMessages. At one point I had to get Apple support on the phone. In 2016/2017 Android v7.01 (and 6.0.1) are just as stable and efficient and maybe even more so, but my point is there is no advantage one over the other, at this stage it is simply a matter of personal preferences. We cant argue that iOS is superior to Android because surely is not. With almost all apps being cross-platform functional communications between iOS and Android is now transparent and we can fully immerse in both worlds without any effects.

SAMSUNG:
I have given the same review about Samsung products. Samsung is by no means the Messiah of Android. Their products are matched or outdone with less expensive variants as well. Samsung will have a very difficult time recovering from their $1B fiasco this year. When a company starts selling of its stock interest and shares on partner companies and liquidating core assets you know they are in trouble.

APPLE TRIVIA - DID YOU KNOW:

Did you know the iPhone has many Samsung components? Samsung has made the CPU/GPU for several generations of iPhones. This year with the 7 Samsung supplies the RAM chips and ROM chips. Samsung is rumored to supply its s-AMOLED screens next year for the iPhone 8.

Did you know Google pays Apple $100 million/year to have Google set as the default search for Safari? Google also pays Apple a percentage for every click too.

Did you know Google invests more money and R&D for its iOS apps over its own Android counterparts? Apps like Hangouts, Google Maps, Chrome, Google Now etc., get updates and new releases before its own native Android versions.

Did you know that Amazon hosts the iCloud storage for Apple? Amazon is the largest cloud host in the world providing several companies with its AWS servers. Apple pays Amazon hundreds of millions of dollars every year for its cloud servers.

Did you know Apple refused to pay Corning its royalties to use the Gorilla Glass name so calls its glass Ionized strengthened even though it is Corning Gorilla glass version 4.

Did you know the iPhone 6/6s also has water resistant features? Apple never published or made public this feature for liability reasons but the 6/6s has resins and glues inside to protect vital components from water damage. If you have ever dropped your 6/6s in water usually within a couple hours its up and running at 100%.

Thank you for reading