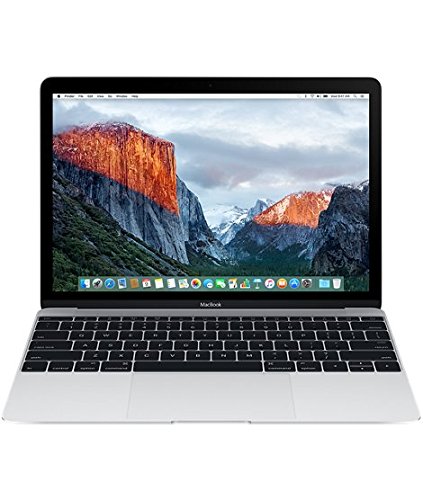 I actually purchased this directly from the Apple store, but I love it. I held off buying the 2015 version for a year because I was concerned about the size (12 inches almost seeming too small for a laptop), the new keyboard, a single port, and the capabilities of the Core M processor as opposed to an i5 that comes standard in the MacBook Airs and MacBook Pros. So, this is a review written by someone who's owned, multiple PC's, a 2015 13" MacBook Air, and a 2015 13" MacBook Pro.

First of all, I’ll address the keyboard. I had tapped on it in the Apple store a few times and wasn’t exactly impressed. Coming from the phenomenal keyboards of the MacBook Air & Pro, it seemed to different. However, after using it for the last few days, I have to say it feels amazing to type on. While you don’t get the travel that you do in a MacBook Air or Pro, you do get a satisfying click from each keystroke.

Second is the trackpad. If you’ve used the 2015 MacBook Pro, you know that the Force Touch trackpads keep the incredible accuracy and satisfyingly smooth glass finish of older MacBooks, but with a much improved clicking mechanism that allows you to “click” anywhere on the trackpad easily. The MacBook continues that awesome tradition.

Third is the screen. Like the new MBP’s, this computer has the Retina screen which is gorgeous to look at. It’s plenty bright, and the thin bezels really make it feel like the screen is larger than it is.

Fourth is the processors. I’d heard that the 2015 Core M’s were a little weak, but the 2016 model I purchased (256GB / Core M3 configuration) performs almost as good as my 2015 MBP with a Core i5 processor. I’ve opened programs such as PhotoShop, iTunes, Word and others with little to no lag, and I’m able to open 10 tabs easily with active webpages.

Fifth is the battery life. I’d been concerned about the 2015 models because they only had 9 hours of battery life, but the 2016 versions have bumped that up to a solid 10, and so far I’ve been able to achieve that number while web-surfing with about 70% screen brightness which is about perfect for indoor usage.

Sixth is the single port. I expected this to be a turn off, but the truth is I’ve barely noticed it. I did purchase a dongle which would allow me to plug a USB 3.0 into the computer, but in 2016 I rarely need to do anything like that with my ultraportable laptop like this one. Most peripherals like printers, mice, iPhones, etc…can connect via blue-tooth or other wireless means, so Apple was actually kind of smart in setting it up this way. Would an extra port be nice? Sure. But it wasn’t a deal breaker for me.

Summary: So, if it isn’t clear by now, I love this laptop. But, you need to know what it IS useful for and what it ISN’T useful for. This, in my opinion, is a great secondary laptop. I use it as a mobile platform to avoid lugging around my much heavier MacBook Pro. It doesn’t have multiple ports, it doesn’t have a super-strong processor, and it isn’t going to suit your needs if you’re a power user.

But if all you’re looking for is something to be ultra-mobile and perform almost as good as a regular laptop, then it is perfect. I use it mostly in class to take notes on, surf the web, type papers, do a little light-editing of photos, listen to music, and things like that.

If that’s what you’re looking for, and you can afford the price, then I say it is very worth it.

P.S.- the speakers are phenomenal. Hands down the best in the Apple laptop lineup.

This is the easiest washer in the world to use! You put the detergent in the small pull out tray and the clothes in, close the top, and push the start button. I love how it 'weighs' the clothes to see how much water to use. Easy to use, quiet, many nice and handy features like "delicate" wash, quick wash and rinse & spin. Clothes come out clean and with less water. The tub has more room for clothes or to wash your bedding. As with any washer, do not overfill, and your laundry will come out clean. Enjoy the musical tones at the end of the wash cycle. Pros: Lots of Features, Easy to Use, Looks Great, Good Size & Weight