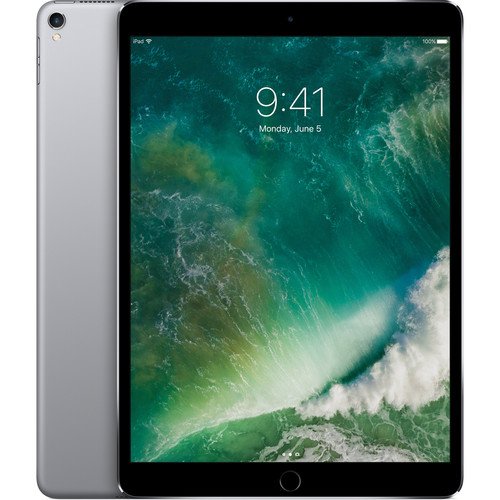 There is no comparison.

Let me preface this by saying that I'm mainly an Android guy (i have a Galaxy s8+ and recently used to own an NVIDIA Shield tablet), and a Windows guy. The last time I've owned an Apple product was in 2011 when I bought the iPad 2 (which I sold a year later), however, I do use a 27" iMac at work, so I have some experience with Apple products. I've wanted to get into digital drawing more, and wanted to buy a tablet that would let me do so while on the go. After extensive research, and going hands-on with a ton of devices when I could, my final 4 choices were the Galaxy S3, the Galaxy Tab A 10.1 with S Pen, the Surface 4 pro and the iPad Pro. I almost immediately discounted the Tab A, as it's simply-HD screen, while looking good color-wise, simply did not cut it resolution wise. I could see... PIXELS... dreaded, dreaded pixels. It also has a 16:9 screen ratio which just didn't seem to jive with drawing. At $270, I think it's a great deal for a mid-range Android tablet, but it just wasn't going to work for me. So then I thought the S3 would fit the bill. Sure, it's a little pricey, but it's such an improvement on the Tab A. Beautiful screen, well-crafted, and it has the Android OS I know and love. But the S Pen still didn't feel right to me, in weight and length, and the screen was a bit small. Then the surface pro. The surface pro is a great machine, but I just didn't get the feeling of a great experience using Win 10 on a mobile device. And if I wanted to get the non-mobile processor variations, I was looking at forking over a lot more dough. So over the weekend, I decided to check out the iPad pro. For what I want it for, there's no comparison. None. For people to say otherwise is silly. The screen is absolutely unbelievable, and the lack of latency with the Apple Pencil is like drawing on paper, it just feels so good in my hand. The build quality is impressive, and I can't believe how light the device is. The speakers are a joy to listen to as well. It was tough deciding on whether or not to get the 10.5 or the 12.9, but I ultimately decided on the 10.5 since it will be a little more portable. If I decide I need the extra screen real estate, I'll pick up the next generation 12.9 model and give this one to my wife. I like the improvements Apple's made to iOS over the years, and I'm looking forward to iOS 11.

I have owned both a MacBook and an iPad concurrently since the iPad was originally introduced back in 2010. Four models since then, and none have even scratched the surface of what a MacBook is capable of...until now.

I purchased this iPad within 10 minutes of using the demo version. I knew right away that this model was something very different from the iPads I had owned in the past. Pairing the Apple Smart Keyboard and the Apple Pencil with this device truly transforms it into a fully capable laptop replacement and even goes beyond what a laptop can do with the extreme precision of the Apple Pencil and touch functionality.

I do a lot of photo editing and manipulation in pretty heavy software suites like Photoshop and Illustrator, and that is something I never even dared to attempt on a iPad. But with this newest model, I challenged myself to give it a shot, and I was able to produce exemplary results in less time than if I were to do the same/similar editing on my MacBook. This device is a winner all around, and you really can’t even argue with the price point for what it is.

Impeccable design and quality across the board, as we all have come to expect from Apple. The narrower bezel and the screen resolution are outstanding. Four speakers produce accurate and rich audio in a wide range of volumes. OS speed is snappy, and has no signs of lagging or stuttering even after over a month of use.

I would recommend this over a MacBook any day if you don’t do a ton of graphic design or data heavy processes.