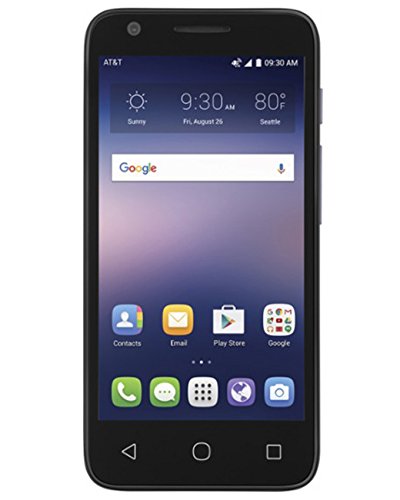 (Amazon won't like me noting this but it was only $29

My review is based on initial impressions, as we just bought this phone two days ago. My daughter's old phone got to where it wouldn't charge, so I bought this phone at Walmart. (Amazon won't like me noting this but it was only $29.99 at Walmart.) For the price I paid it's a fantastic phone with decent specs for a low-end model. My daughter is twelve and I do not get these people who buy their kids outrageously priced iPhones. Of course, I don't want to have to run out every few weeks and buy a new phone but at the price I paid if my daughter loses it or the phone self-destructs after a six-months I still got my money's worth out of it.

The phone is smaller than most smartphones by today’s standard (4.5" screen) but my daughter actually likes it better than her previous phone (5" screen) because it fits in her hands better and is more convenient to carry around in pockets. Her only complaint is that the screen isn’t quite as touch sensitive as her previous phones but that was a very minor complaint. I searched Google Play and there are a couple of apps that supposedly fix such issues but it was so minor that she didn’t bother downloading an app to fix it.

So the bottom line is that this is a great phone for the price and, I think, especially good for kids or anyone who needs a cheap back-up or emergency smartphone.

This phone is worth way more than twenty bucks! I'll admit I'm just a PHONE user and some-time texter, emailer. I'm no techno geek gamer, social media poster who has to have the latest flagship device or I'll go into full meltdown so this review is about using a PHONE like a PHONE! This thing has done everything I've need it to do since I bought it from Best Buy. Plain and simple: It's a good phone. The only thing mildly bad about it is that I have to charge it every night before the next days use. Other than that, if you need a PHONE to call, text, or email people this device will do the job nicely for you.It's well built, reliable, and easy to navigate. The camera is not the greatest, but I have a great Sony Digital camera anyway for serious picture taking. Why would I need two? If you want a reasonably priced, reliable PHONE then this is a good bet.

I purchased this phone after my Samsung phone suddenly stopped working. My plan was to use it temporarily until I had a chance to get a "better" phone. However, I like so much I plan to keep it. It has all the functions I need and is actually a pretty good looking phone. For the price you can't go wrong.......Carolyn