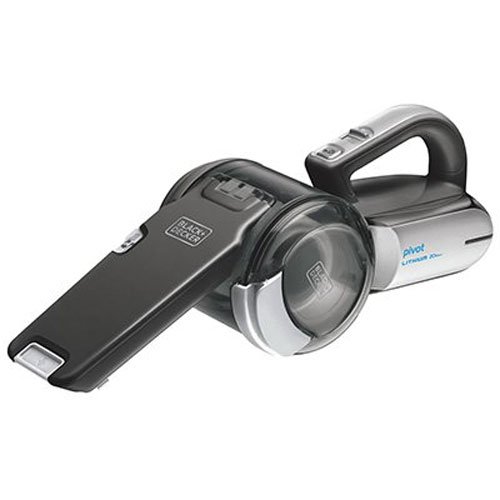 I am absolutely impressed with this vacuum. I remember when dust busters first came out , they were horrible. They had no power , the battery would die in two minutes and the suction was so bad it seemed as though it would barely move a feather, I was hesitant at first but because my back makes it hard to bend over this vacuum is just what I needed and it works just like I need it to. Very powerful suction and long work life in between charges

How this vac went from 5-stars to 1-star

I was very impressed when I first reviewed this product back in April of 2014 and for good reason. There are several design features that are quite positive. When it worked it did a better job than any of the cheap dustbusters maybe not in the league of a Dyson or Hoover but considering the price I liked it.

Then one day while it was still within the warranty period it just stopped dead. I thought that was unusual, because one of the main features (so I though) was the Lithium Ion battery which supposedly has a longer expected useful life than NiCad batteries. I checked the voltage on the charger unit to make sure it hadnt failed but it was providing exactly the right amount of power to the vacuum. I checked the terminals on the vacuum itself, and they were clean. But it simply would not take a charge. Then I smelled a burnt odor coming from the battery compartment. That was the problem - the battery essentially started on fire and exploded inside (fortunately no one was using the vacuum at the time so there were no injuries). I was concerned but I felt confident Black+Decker would be eager to help.

So I contacted Black+Deckers customer service and received an immediate confirmation email with a case number and was advised a rep would contact me within 24 business hours. Days went by and I didnt hear anything so I sent a follow-up including my case number. Black+Decker responded 11 days later with a new and different case number but ignored my first inquiry. I tried again and they ignored me. I never could get them to even reply to me and eventually the warranty ran out and the chance of ever getting the vacuum repaired evaporated.

Now recently there is non-stop news about a certain cell phone with an exploding Lithium Ion battery that is injuring people, burning down buildings and even being banned by the airlines. I was lucky my vacuums battery didnt cause any serious harm but I think what could have happened if I had not been at home and unplugged it before anything happened.

Whether this is a well-designed vacuum with cool features or not is no longer the point. There are plenty of positive (and negative) reviews about features. Now this vacuum has two significant strikes against it a potentially hazardous battery and a company that ignored the problem. I will be reporting it to the proper authorities in case a recall is needed but I CANNOT recommend this product and until Black+Decker publicly addresses the issue I had with the battery I would hope Amazon pulls it from their listing.