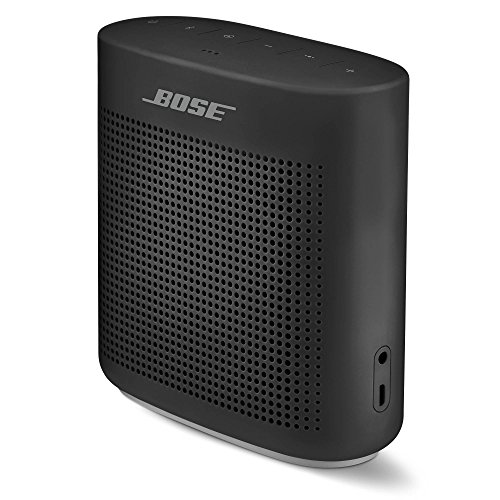 The Soundlink Color II is a nice refresh of the original

This video is from my youtube channel, my username is /nickcapaccio

The design was a common complain on the original Soundlink Color, it was a bit ugly it looked cheap, but Bose did a great job here by simplifying it and giving it a more premium look.

The Soundlink Color 2 is water resistant, but not water proof, most speakers like this will hide the ports behind a weather sealed door, so while this makes accessing the ports easier, Bose points out in the manual to not allow liquids to spill into any openings.

A nice feature that Bose added to the Color 2 is NFC for quick pairing. If you have NFC on your phone, a quick tap to the top of the speaker is all’s you need to connect. Otherwise pairing through bluetooth is fast and simple. The speaker will remember up to 8 paired devices and you can connect two devices at the same time and quickly switch between the two without having to pair or unpair. Bluetooth is rated at up to 30 feet but in my testing, this was as good as most other speakers Ive used. I was able to get a solid and stable connection all over my house, from one end to the other, between multiple walls at almost 50 feet.

The Soundlink Color 2s battery is rated at up to 8 hours, and while that was a lot 2 years ago when the original was released, but since then, the competition has upped the ante with batteries lasting 15, 20 hours or more on a single charge. Still, 8 hours is not bad, and I was able to get 7 hours and 5 minutes listening at 80 percent volume, which is louder than I would typically use this speaker.

When it comes to the sound, the 2 drivers along with dual passive radiators do a good job delivering a balanced and accurate sound signature. Bass is tight and responsive but lacks a bit in the low end. Bose suggests placing this near a wall, which does improve bass performance, but that doesnt help the speaker much outdoors. Youll notice detail in the bass guitar and kick drums hit hard, but pounding bass in pop and edm music come up short. This speaker delivers vivid and detailed mids with more clarity than its competition though. Some instruments that tend to get washed out on other speakers were no problem for the Color 2. Highs are rich and vibrant, there is some roll off with higher frequencies at loud levels, but overall this speaker sounds more balanced and accurate compared to something like the JBL Charge 3, even though the lows don’t carry the same weight as they do with the Charge 3. The Soundlink Color 2 can get pretty loud for its size as well, although not quite as loud as other speakers. At 1 meter away, I tested this speaker at 87 decibels, the JBL Charge 3 achieved 90 decibels. Still, this speaker can easily fill a smaller room and does a decent job with medium to larger sized rooms and doesn’t distort at full blast.

So Bose made some nice improvements to this speaker, even though they didnt improve on the battery life, they added some notable features like NFC and speakerphone. They also refined the design, giving it a much more premium look. The Soundlink Color 2 delivers a very balanced and accurate sound even though it comes just a bit short in the bass department.

this is THE ONE

If you're like me, you want your music with you all the time, everywhere. I was looking for something primarily bring on business trips, as an alternative to wearing headphones for hours which can be tiresome. I tried a Harmon-Kardon unit, but returned it and purchased this one instead, and it's everything I wanted. The rubberized exterior is durable, and there are no protruding buttons that might break off; these factors eliminate the need for a protective case. It's small enough I can tuck it into my laptop bag if necessary (note: I am used to carrying a somewhat heavy laptop bag). I can also pack it in my suitcase without worrying it will break in transit.

As for sound quality, it is excellent–particularly at low volumes. If you like going to sleep with music, but don’t want it too loud, this is the speaker you want to get, as the sound quality at lower volumes is excellent, and using the volume controls on the unit allows for very fine adjustments in the volume level (this is not a minor consideration). Now, this thing is like my little buddy–it follows me everywhere: my nightstand, my desk, even in the bathroom while I’m getting ready for work. Highly recommended.