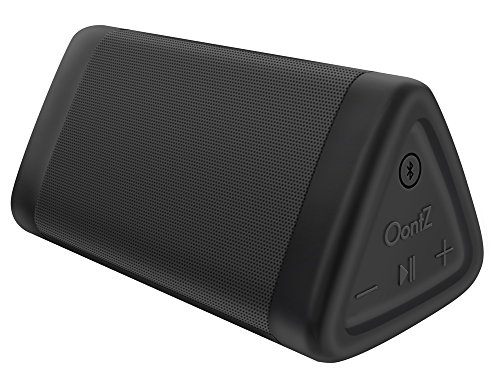 I bought three Bluetooth speakers hoping ONE would be usable. All three ended up being keepers for different reasons. I bought the Cambridge SoundWorks Oontz Angle 3, the Anker Classic Portable, and the Boombotix REX.

Portability: All three are fantastic, no real difference. If you want to nitpick, the Boombotix is the smallest, the Anker is next, and the Cambridge is the largest. But again, none of them are really different. I give an edge to the Boombotix for it’s clip, it’s more flexible. The clip is super hard to get open though. You aren’t clipping it to anything thick.

Construction and Ergonomics: All three seem durable and well built. The Anker is clearly the best of the three. It’s classy, attractive, and feels substantial. And it doesn’t walk itself around too much with vibration. But the On/Off switch is terrible. It’s tiny and hard to use, you have to use your fingernail. The other buttons are functional, but not as easy to use as the other two. The Boombotix is sturdy and easy to use, the buttons are a little close together, but they work well. It’s walks around a little on a hard table, but not terribly. You will have to watch it though, or it will eventually fall off a table. The Cambridge Angle 3 is sturdy and I love the shape. It works really well being able to either lay it down or stand it up. The function buttons are easy to use. The On/Off button is not great, it’s too small and in an obscure location. So much so that they have to put a little sticker pointing to it. The rubber end caps are a mixed blessing. I think they will help protect it, but they get really dirty really fast. They pick up every tiny little bit of dust. I recommend standing it up if you put a lot of volume through it because once the bass starts to thump it will bounce and wiggle it’s way all over the place. It’s actually kinda funny looking. But standing up the passive radiator on the bottom doesn’t propel it all over.

Sound: I was actually impressed with all three. None of them are on par with the large Sound Dock or Klipsch type speakers, but they could hardly be expected to compete with those at this size and price.The Cambridge is my favorite because it has more bass than the other two. It’s a clear winner in bass response. probably about 10-15% more. And that’s important to me. The Anker actually has the best overall sound. It’s rich and clean. It’s probably the “best” speaker of all three. And the Boombotix is clearly the loudest. It really puts out some sound. none of them sound bad at all. I would have been happy with any of the three if I hadn’t heard the others. But hearing them side by side the Angle 3 fits what I need best.

Connectivity: None were bad, but the Boombotix lost connection first, the Angle 3 and the Anker had no trouble at all at 30ft even through walls (but none liked going through a stone fireplace LOL). None were an issue connecting. They were all easy as pie to pair. The Anker was slowest when powering on and trying to find my phone, but we’re talking about less than 10 seconds total time for the slowest.

Intangibles: The Boombotix has some features that are really appealing. There’s an audio out jack, which you can use to run a second speaker (of any make). So that give you options. Send Bluetooth to the speaker and then it will send it to a second speaker. If you don’t have a Bluetooth connection on one of your larger speakers you can send signal to the REX and it will connect to your larger speaker. Options are nice.

I chose the Angle 3, it fits my needs best with the best imitation of bass, but the others are good enough that I’ve decided to keep them and use them too. The Anker is nicest, and the Boombotix is loudest and most versatile. I can’t really speak to longevity since I haven’t had them very long, but I don’t think any of them will die on me. Don’t be afraid to buy any of these. Just pick the one that fits best.