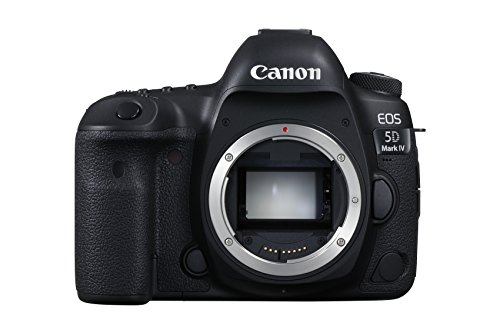 Amazon Review by Painter of Stories

15 Reasons to buy and 6 reasons not to buy

The Canon 5D Mark IV is one of the most anticipated cameras. Mark III users and other camera enthusiasts are pondering if they should make the upgrade or jump ship. I purchased this camera from B&H so it wont show that I own it and I will updated this review as I continue. Now, a bit about my background, I shoot weddings for a living after retiring from more than 40 years of running my other businesses. I have watched every Mark IV Youtube videos available before its release so that I would know exactly what to look for upon receiving the camera. Here is the good, the bad and the ugly.

Reasons not to buy

Important update: As of 9/24/2016 the raw files from Mark IV is supported in Lightroom CC but not in LR 5. No older versions of LR get any updates when there is a new version available. You can use the newest version of the Free Adobe DNG converter Ver 9.7 to convert the native RAW files to DNG’s that LR 5 can read.

In conclusion, the photo quality of the Mark IV has been improved remarkably from the Mark III but if you want to shoot video, this is definitely a no buy and I would only use it as a backup. Canon is facing some real competitions on sensor technology but amazingly it is still able to keep up on the photography side. For Canon to survive this market in the long term, it has to either heavily invest in mirrorless technology or to follow Nikon’s foot print to use Sony’s sensor. But to compete in price with the added features Canon may have to make it in Thailand. It’s not Canon does not have the ability to make better sensors, just that it is unable to drive cost down to compete in the DSLR market. Imaging the Mark V with Sonys video specifications and Canons brilliant stills technology, may be a reason Sony will never sell its sensors to Canon. The way Sony and Nikon are progressing, I think they are the choice for the all around video and still cameras. Now Canon is hanging on threats relying on its market dominance created through the decades. Most Canon photographers are ready to jump ship, some already did and Canon engineers absolutely have to get on the edge of their chairs to hold on its crown. I sure hope that they will get their act together with all my investment in all the Canon lenses. The Mark IV in video application has inadequate codec selection (biggest killer is file size), lack of zebra, focus peaking, over cropping in 4K mode which affects not only focal length but also ISO performance. The only advantage is its dual pixel AF but the cons out weight the pros. For now, as a photographer, if you own Nikon, stay with Nikon for its great IQ, the Mark IV features are evolution not revolution and they are still not worth the switch. If you are serious about shooting both stills and video buy this camera and the A7Sii or A7Rii and share the lenses with the Metabone Adapter. One thing that I did not mention about the advantage of DSLR over mirrorless is that the sensor stays clean whereas my A7Rii sensor had to be cleaned 3 times during my last 30 day trip. A lot of my pictures had spots which took hours of Photoshop. In the DSLR, the mirror basically acts as a shield during lens change. Sensor cleaning is a huge hassle (almost impossible without leaving some smear even after trying out multiple sensor cleaners) and I hesitated swapping lens on many occasions on all my mirrorlesses. If you shoot mostly photos buy this camera and never look back, IMO, it is the best all around stills camera in 2016.

I am in awe of this camera! It's my first full frame DSLR camera which I selected after many hours of research. Research can drive one crazy as there's so much material (ads, videos, reviews, reviewer's and personal preferences, etc.) to read before making a decision about such a large purchase. Do the research though to make sure you get the right camera for you. After nearly 3 weeks in Europe I'm sure I made the right choice. Performance was flawless and operation was easy on this feature-rich camera, Menus are complete, concise and rational. This is hugely important as making adjustments is fast - no searching through excessive or confusing menus to find what you need. While some camera menus systems are good some are absolutely Byzantine! Canon's is, IMO, the best. This is also my first Canon after being a lifetime Nikon shooter. Solid construction and great materials are evident. Button layout and overall ergonomics provide me the easiest handling for a camera of this size and weight. Other cameras of this level (which were all great) just didn't seem as easy to handle or were as nimble in my hands. Not having any full frame lenses made the brand change easy for me. As is said "One buys a camera but marries the lens system." IMO it is difficult if not impossible to beat Canon L glass. Some reviewers did not rate this camera at the top for video performance but the few videos I experimented with looked really excellent to me. I'm not a skilled videographer so take that into account. Still shots are off the chart amazing though. The features of this camera are mind-boggling! I was able to learn a limited number of features and modes before my trip so I was able to get some amazing shots. I expect better after I've read the rest of the 600+ page owner's manual. This is a serious camera one grows into and it will remain functionally relevant for a very long time. I LOVE THIS CAMERA..

One of the best cameras I have ever had. It has 30Mpix full frame sensor which allows you to take beautiful image you can print out on your wall

@marko this is a good product