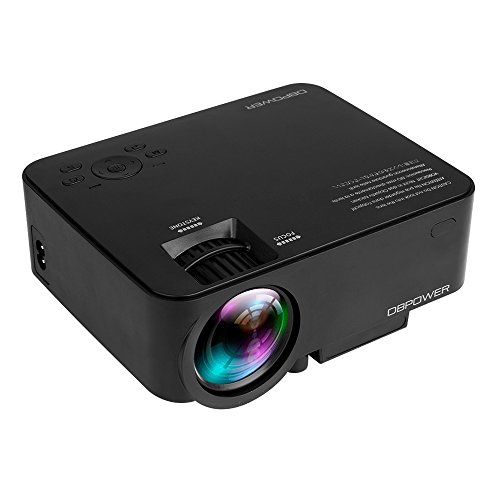 More Than Worth the Money!!

We bought this projector for digital decorating for Halloween for the first time. It was the 2nd mini projector we bought - the first wouldn't work for the project I was doing. I didn't quite know what to expect ordering another small projector. When I received this one I was pleased with the sturdier "feel" and quality of it. Right out of the box it felt like a much better projector. When I plugged in the flash drive with the digital images I wanted to run - it worked perfectly right off the bat. Another GREAT feature was that it has a headphone jack which allowed me to plug in external speakers. Even though the speakers on the projector are quite susfficient - this was outside and I needed the extra volume. I really like the small size - I had bought 2 other projectors because we were told to get 1800+ lumens but they're full size and very bulky. However, this small, easy-to-operate, 1500 lumen projector was more than bright enough for what I was doing. Instead of putting this away for a year to only use on Halloween (as I'll be doing with the other two bigger ones), I'm keeping this out to use for movie watching!! :D

I’ve included two very short video that shows the projection of the digital files onto uncarved pumpkins - as you can see - this projector did a wonderful job! Would recommend it highly.