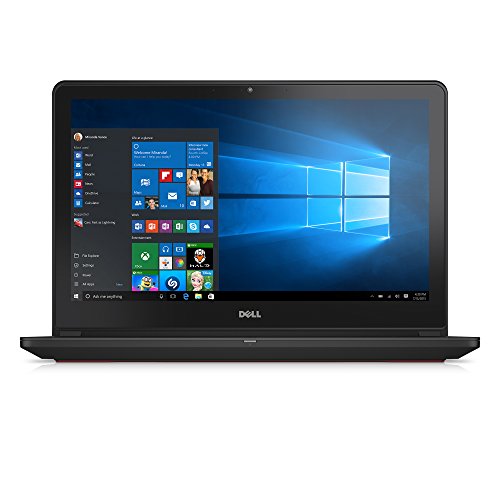 Great value mobile workstation/gaming laptop, but has some setbacks

I purchased the I7559-7512GRY model with the 4k UHD screen, Core i7, 16GB RAM, and 128GB SDD + 1TB HDD combo and I like it so far, but can't say I absolutely love it. I purchased mine specifically to be a desktop replacement/mobile workstation. I do not do much gaming, but rather, I run a lot of CPU intensive VMs and networking programs, with occasional Photoshop work. So far, it's been incredible value for money. Performance with this laptop is great, the SSD is fast enough for the kind of work that I do and having the 1TB secondary storage is nice, but I think eventually I will swap both drives out in favor of a single SSD. The graphics card on this laptop is a beast and handles Photoshop exceptionally well, and the 4k screen has great color and depth to it, but IMO is too contrast-y.

These setbacks are minor at most. Don’t let them sway you from choosing this laptop because it is still a great laptop overall. It does everything I need it to do without a hitch and it looks awesome. Personally for me though, price is a big deciding factor for this laptop. I paid just under $1200 with tax and shipping for mine because of a discount I received. If I was purchasing this at full price, I think I would have been a bit more biased towards the higher priced XPS 15 model with the sames specs because of the DDR4 and PCIe SSD. If those two factors don’t matter to you, then definitely go with this laptop.

Exactly what I wanted

I've wanted this computer for months now, but was waiting for a good price drop. I was very delighted to see that Walmart was selling this version that is typically over $1000 for only $800. Amazing deal compared to anywhere else I'd looked. I'm very happy to finally be able to own this laptop and even happier that it has better specs than I originally planned for.