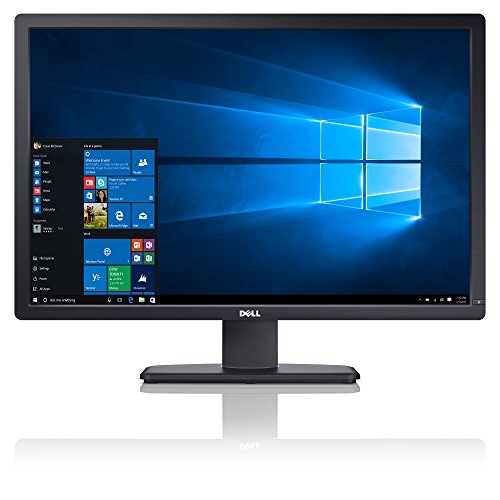 I did my research and knew about the possible issues with this monitor and crossed my fingers that I would get the newest revision A03 that supposedly fixed the issues of cross-hatching and backlight bleed. To my dismay I received one with a manufacture date of April and revision A01. Quickly after installing it I noticed the annoying power-save and auto-dim that there appears no way to disable in the OSD menu. The monitor will not turn on until well after the windows start-up and when switching between programs the brightness will randomly change.

The backlight bleed is prevalent, but acceptable for my use. The killer for me was the cross-hatching or “screen-door” effect the monitor has. Side by side with my previous 27inch monitor there was a night and day difference when looking at anything with a flat color or gradient. I contacted Dell tech and the “technician” had no clue what I was talking about. He suggested that I unplug my monitor while it was still plugged in and running to see if the problem still persists. After confirming it was still there he told me he could not do an exchange because my purchase date according to his records from the service tag was July. This is complete BS because I purchased this monitor on Oct 2nd and after arguing with him, he told me I had to “upgrade” my purchase in order to get a replacement “A03” revision. After transferring me to sales, they told me that my warranty was not valid because I bought the monitor from Amazon and not them. By now I had been on talking and hold with Dell “customer service” for nearly 2 hours. I called back again and this time got a supervisor who eventually relented and promised me he would sent me a “NEW” replacement A03 monitor because it was within 21 days since the purchase date.

A week went by and no replacement monitor. They did send me some power cables for god knows what reason. So I contacted their tech support again and they told me that they did not know what my replacement hasn’t shipped and would escalate the service request. 2 days later a replacement showed up but to my horror it was a “REFURBISHED” model with a sticker over the old label that said “A03”. I plugged it in for shiggles and it had a few dead pixels and the cross-hatching was still present but not as extreme. It seems Dell is not going to be able to remedy this issue on this monitor so if this bothers you I would avoid at all costs.

TLDR. Do not buy this monitor. Do not buy from Dell. They will not honor the warranties of their products. I work in retail electronics and will in future be steering all my customers away from dell products.

With the proper setup (video subsystem, cables, drivers) this monitor can't be beat. Most of the complaints I have read are undoubtedly due to improper system and setup. This monitor will NOT work properly with all video systems or cables. You MUST use equipment that is capable of utilizing FULL display resolution, this includes DVI Dual Link connectivity. I found that any resolutions less than full 2560x1600 or using a DVI Single Link (which can't display 2560x1600) you are likely to get strange results, like vertical or horizontal lines and other undesirable anomalies. This monitor is VERY specific and requires the proper supporting equipment and settings in order to operate properly. I really cannot stress these things enough. Trust me, if you build the right supporting system for this monitor, you will be absolutely astonished at the performance and display. It is AWESOME! Completely blows away an Apple Cinema Display. By far the best monitor I have ever seen, and I have been a software engineer for almost 30 years. I have seen and/or owned just about everything. With the right setup, you can't possibly be disappointed with this fine piece of equipment.