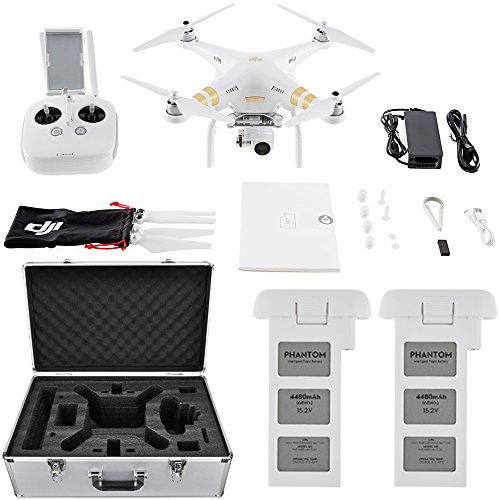 I purchased this after much research. The P3 4K is an excellent SUAS and you will love it.

The reason I gave it only 4 stars was that getting it up and running was somewhat problematic. The documentation that came with it was seriously lacking, but the user community is huge so that helps. The other issue is that you must update the firmware as soon as you receive it and that process was quite difficult. Apparently DJI has updated many of their products but their online documentation has not kept up.

Here is what I had to do so that I could fly the DJI. None of this was found online, though after talking with the DJI Help Desk they confirmed my findings.

I would strongly recommend using the following links to understand completely how to get your P3 4K up and going. These were VERY informative and difficult to find on the DJI website.
[…]

Again, the ONLY reason I gave it four stars was the documentation.

Never Got Off The Ground

I was prepared to publish a complete breakdown with facts and timeline, but then I fortunately came to my senses. I have already put way too much into this little adventure.

The bottom line is that I purchased a DJI, Phantom 3, 4K, drone combo package. To my delight, I received it fairly rapidly. To my disappointment, I could never get the unit to turn on. After a assortment of email advising me on what I am to do next. It was finally decided that I am to return the drone to DJI-USA. After which, they would return a new drone upon receipt of the broken drone by DJI.

Unfortunately, DJI received the drone on Tuesday, December 6th at 1:48pm. It is now a week later with no word of a drone shipped back to me.

So, it would appear that I am to spend a large amount of money, to receive a defective DJI drone in exchange. Then, spend a large amount of time, effort, and an unbelievable amount of communication to either get my money returned or have another drone sent back to my location. Any way that you look at it, no patron should have to deal with a consumer nightmare such as this.