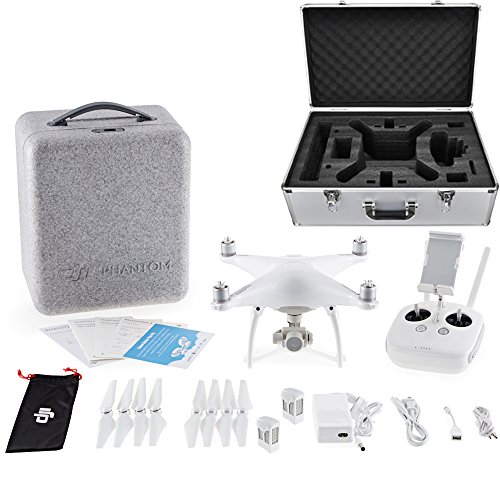 Amazon Review by Mor and Tookie

Got it as a gift for my husband, who's a pro videographer. He was in heaven when he saw this arrive.

The drove arrives in a styrofoam case (that’s the gray case that everybody receives). It’s good, but is terrible for transporting the drone as it looks like it’ll fall apart very soon (the latches don’t seem strong). That’s why the bundle that comes with a case is a must. The metallic case it arrived with is really good and sturdy.

The bundle also came with a spare battery which is probably also a must-have. The drone gets about 20-30 of fly-time per battery.

I wish I had purchased the DJI insurance immediately with the purchase of this drone. It’s expensive but covers just about any damages. It is a pretty easy thing to crash and break so it’s worth the money. Note that the Amazon insurance (the checkbox that’s near the “buy” button here) specifically says it does not cover drones. You should get the DJI insurance (it’s around $400 per year at the time of this writing).

One thing my husband wishes he knew before flying is that this drone has “crash” sensors which beep when the drone is getting too close to something. That’s great and extremely useful, but the sensors are only on the front of the drone, not in the back. In other words, if you’re flying backwards, you won’t hear the beep. Not sure why DJI didn’t add the two extra sensors, but it’s a little annoying.