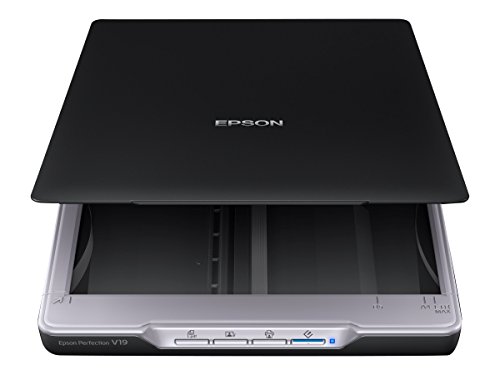 A sleek, high-resolution scanner that is simply useless at what it's supposed to do

The scanner is slim, light; the included stand is a genius space-saver; the colors and scan resolution are great. So why the 1 star?

There are 7 evenly-spaced missing “bars” of pixels on every scan. (on my second photo I only show 5 of them, because that was not full page)

These are not just one missing pixel column either. In my first attached photo, that sample was scanned at 1200dpi (1/4 the scanner’s max resolution) and there are already 4 columns of pixels missing from each instance. At full resolution, I missed a whopping 16 pixels. This is totally noticeable on magazine scans, where it intefered with the halftone pattern. On photo scans, it cuts through people’s faces - especially on group photos - and cause them to lose eyes and noses.

These are not from the gear slipping (because they are vertical, perpendicular to the sensor bar). These are not one-off defect either, because I ordered a replacement (Amazon is awesome) and both scanners have the exact same missing columns. Not sure why something like this was “designed” in.

Another, initially thought to be minor, but turned out quite a bit of an annoyance, is the fact that the anchor corner on the scanner glass is not true corner. If you put your document flush against the edges of the glass (like anyone who wants their scan to be well-aligned would do), you would miss about 1.5mm of content. That’s a lot of content in a 4"x6" photo. This is the first scanner I have used that did not scan the edges of documents flushed against the edges of the glass. The result? You’ll have to position your photo at some distance from the edges of the scanning glass edges, and will almost certainly have to straigthen the resulting scanned images later (because unless you have superman vision, there’s no way you can perfectly put your photo perpendicular to the edges without touching them).

With those 2 flaws, this is only good for scanning documents. If I just needed a document scanner, then there’s no reason to buy this one. Most all-in-ones at half this price can scan at 600dpi fast, which is more than good enough for documents. This V19, however, is clealy targeted toward people scanning photos and magazines, whom their all-in-ones cannot match. With the missing pixels, the 4800dpi resolution is totally unusable.