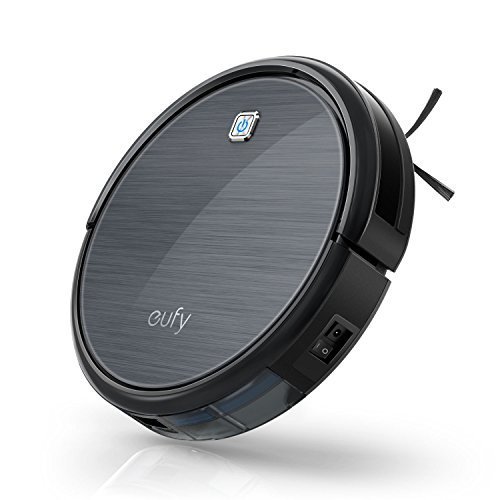 So far so good!

We purchased this as a replacement for our 3-year-old Roomba 650, which recently died. The Eufy has only finished one vacuum cycle, so I clearly can't speak to longevity, but just some general early observations for anyone considering this brand new model.

It has two power modes, and the more powerful is recommended for carpet, so that is what we used.

The vacuum is shockingly quiet, even in the max power mode. As apartment dwellers, we had a rule that we never ran the Roomba after 9pm so that we wouldn’t disturb neighbors. This one is quieter than our bedroom fan. It is so quiet that I would have no problem with my husband running it while I slept.

So far (again, brand new) it cleans far better than the old Roomba. It picked up a lot of cat hair that the Roomba wouldn’t have, and the floors look just as good as they do when we do a full vacuuming. I’m very impressed.

The navigation is better. It does a good job navigating around things instead of bumping into them. The one issue I did find with this was that for things like chairs with dust ruffles, the Roomba would have gone right through the dust ruffle to clean under the chair, but the Eufy views it as a solid vertical surface and turns around to go somewhere else. Clearly under the chair is not a huge priority, so that’s not a huge issue for us, but we will have to just move the chairs occasionally. It had no issue moving from carpeted areas to our kitchen/bathroom linoleum.

When it runs low on battery and needs to go home, it turns off the vacuum and silently navigates back home. This worried us at first until we realized it was a way to save battery while it finds the docking station. Clever feature! Hopefully that’ll help it get stranded without battery less often than the Roomba did.

Overall we’re very happy with it so far, and my mind is blown that in three years, Anker managed to make a vacuum so much better than our old Roomba at around half the price.

I’ll update when the Eufy is a little older to give a sense of how it holds up.