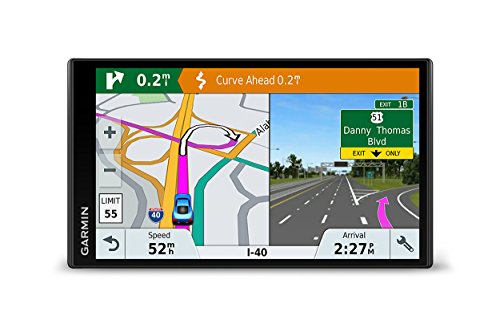 I was a bit concerned when I read some of the reviews about this unit. It is a new model, so it's reasonable to be wary about bugs at the very least or serious hardware problems at worst. Now that I've setup the unit and used it on the road, I can say that you have nothing to fear. I've owned several Garmin GPS units over the years and this one is by far the best with regards to the amount of useful features, screen size, screen readability, navigation prompts, etc. To ensure that you have a smooth experience, make sure that you charge the unit, put it on your WiFi network, and update the firmware before you do anything. Second order of business is to update the maps. Thirdly, read the manual. Most of us reasonably expect that a modern device is going to be user-friendly, but this GPS -- at least for me -- was a huge jump in terms of features. So do yourself a favor and take a look at the user manual. Lastly, look into all of the apps that allow it to connect to your phone or even compatible smart watches. New devices can work in ecosystems to bring you the best features while keeping costs down. The DriveSmart 61 LMT-S definitely fits that description. Since I am my girlfriend's official pilot wherever we go, I just paired up my smart phone so that I can take advantage of extra features while driving. That takes me to voice controls. Smartphones generally use "natural language" for voice controls. The DriveSmart 61 LMT-S is a bit different. It relies on short voice commands and a menu-driven system to perform tasks for you. Make sure that you give it a good "wake up" command to avoid the frustration of being ignored. I gave my unit the command "Garmin wake up!" and it works very reliably. Longer wake up commands work better. In general, the unit understands my voice commands pretty well. However, it has a bit more trouble with street or business names. Garmin has some homework to do in that department, but everywhere else, this unit shines. I loved the improved prompts, generally better pronunciation, the visual assistance for turns, the hazard warnings such as pronounced curves on the road, etc. I am so happy with this unit that I ordered a Garmin Fenix 5X watch to try out expanded navigation after I've parked my car. Unfortunately I was born geographically challenged; I get lost in my own living room. I need all the navigation help I can get. I'll post updates to this review as needed.

My Nuvi 1450 bit the dust after 7 years so I had to get another GPS. Was tempted to just use my cell phone, but I'm in sales and I drive to unknown addresses a lot and prefer to not use my phone. I was concerned that the Drivesmart 61 would be too big, but I've gotten used to it quickly. It has a fantastic display. You can see it at its brightess setting with polarized sunglasses on even when it gets dark suddenly, like clouds. Really a beautiful, smartphone like display. Love that you can use your fingers just like a smartphone to pinch to zoom etc. I've had this for 5 weeks now and use it almost every day. Overall this is a really good product and I would recommend it. The following are the pros:

-beautiful, bright, easy to read, clear display
-same soothing female voice as my old Nuvi for turn by turn directions
-displays the current speed limit and shows how fast you’re going
-warns you of an impending speed limit change-actually a very nice little feature that I’ve quickly grown to appreciate
-also warns you of school crossings; could come in handy
-also warns you of rail road crossings; don’t really see the point
-responds to voice commands: has to be quiet in your car and still only gets them half the time. But I particularly like being able to tell it to mute the volume while I’m driving.
-You may have to call support and get them to walk you through it, but it will display the little squares like my Nuvi with several pieces of info. I like time until arrive, time when I get there, and direction I’m going. You cannot program this feature out of the box and I had to call support to do it.
-Bluetooth is okay. I have yet to have it really come in handy for traffic and I think I’m missing something with the set-up. Having the app on, on my phone eats up a lot of juice. Have to charge phone if using it for any length of time.
-Haven’t used WIFI yet, so can’t comment on that. No, wait, I did when I set it up. Worked great. And BTW, even though it’s a new device, you have to update the maps right out of the box to make sure they’re current.
-There are several other features like four square and trip advisor that I haven’t really used yet. Probably never will, but like your smartphone, it has a lot of features you may not need.
-It verbally gives you landmarks on the turn by turn directions. Like turn left at the Jack in the Box. Turn right at the big, blue building. Very handy.
-Overall this is like having a big, bright smartphone mounted on your windshield. A lot of the same features. You’ll love it!

Now for the cons:
-There’s only the one voice they’ve had forever for the turn by turn directions.
-It doesn’t give you enough verbal warning of what lane to be in before you exit or turn. Only gives about a mile and a half. In Dallas, you’re often doing 80 in the passing lane and need to get over two or three lanes to exit. It would be nice to have at least a two mile heads up.
-It wants to direct you on to a tollway even if you can stay on the access road for one exit before you turn. I’ve been keeping it on around my home in areas I’m familiar with to check the directions.
-Gives different directions than my Google maps on occasion. Not sure which is right or if it’s a toss up.
-Like a smartphone, it has so many features that it’s a little complicated and it’s going to take time to learn them. I’m sure there’s some I’ll never use. Or the time will come when I want to use it and I’ll forget how!

-Pro or con: when it’s connected to Bluetooth, your calls come through the device instead of your car’s speakers. I’m pretty sure there’s a way to override that though. Part of the learning curve.

That’s about it. There’s a lot going on with this thing, but as far as having a big, honking, beautiful GPS that looks and works great, you can’t go wrong with the Drivesmart 61. I would venture to say that the 51 which is two inches smaller and has all the same features would work just as well or better because of its size. My Nuvi 1450 was a 5 incher and it worked just fine. But I do love all the extra real estate. The map is much easier to read at a glance and there’s room for all the little displays and alerts and they’re easy to read too. Go buy it!

@nolie Thanks, You are the best