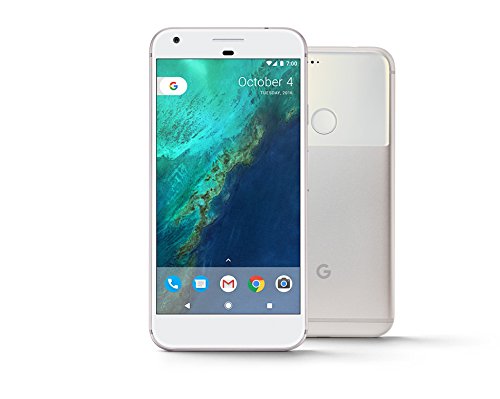 Just switched to the Google Fi network and got this phone; I love both, the network and the phone! Made for Google, the way Google intended it to be. People are annoyed because it looks too much like a iPhone, but frankly that doesn't bother me.

Pros:
The configuration is fast!
Google Assistant is awesome.
Great resolution
Awesome camera (both rear and front) which takes sharp pictures in dim light
Unlimited space on Google photos!
3 months unlimited subscription to Google Music
My battery lasts almost 2 days with moderate use.
Upon restarting, it does not allow you to use the fingerprint scanner (that makes it more secure)

Cons:
They took out the “Driving Mode” (you can download the app Drivemode though)
No active display with notifications that fade in and out (there’s an app for that as well)
Can’t “find my phone” with voice activation like my old Motorola phone could.
Too many messaging programs – Hangouts, Messenger Allo… ! Geez Google.

Still, it’s an awesome phone and I have not had any issues with it.

I'm a long-time Samsung user and had every expectation of upgrading my Note 4 to a Note 7. Clearly, that did not happen. As a backup plan, I planned on waiting until 2017 to evaluate the specs of the next generation Samsung S8, but decided to take a closer look at the Pixel when it became available.

Nothing irritates me more about Samsung phones than their bloatware. After the last Android update to my Note 4, the phone’s battery-life took a major hit. Instead of getting a full day’s use, I was recharging the phone half way through the day. There are so many apps added to the Note 4 by both Verizon and Samsung, that trying to identify the battery drain was impossible, There are dozens upon dozens of them. I tried removing the apps to no avail, and eventually purchased an extended battery from Anker to help.

The Pixel XL, by contrast, has virtually zero bloatware, and battery time is unbelievably good. The fingerprint scanner - which is located on the back of the phone - is highly responsive and accurate. And the screen is very readable in direct sunlight (don’t get me started about the Note 4 screen getting washed out in direct lighting).

The camera on the Pixel is super fast and the photos high quality. I used to keep a copy of every photo I’ve taken on my phone long-term, but I no longer do so since the Pixel only came with a 32gb storage card. However, all photos are automatically transferred to Google’s cloud storage for safe keeping, so keeping them local to my phone was no longer needed. I had gigabytes of photos on my Note 4, so this is a culture change for me.

It’s been about a month since I purchased the Pixel XL, and other than the fact that it looks like an iPhone (snicker) it has been outstanding. I give Google high marks for the phone and its operating system, although in truth I still haven’t gotten used to the power button and volume keys being on the same side. Still, this is a small issue for me.