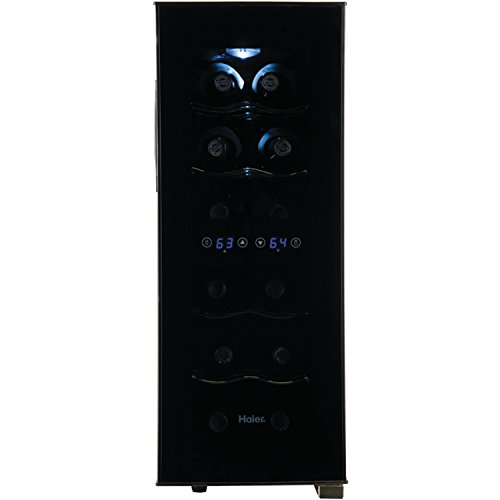 Here's A True Cost-To-Operate, Real World Calculation: It's $1.22 per month

I had always wondered what kind of power these units draw and I finally bought one and, being an engineer, I could not help myself but to measure. Since the unit changes power level based on fans on or off and the internal Peltier device power level, etc., you cannot just measure the current at any given time and multiply out to get the yearly cost to run. I have a plug-in watt-hour meter that tallys a cumulative kilowatt-hour usage over time: this would then account for the on and off cycles for a true-cost-to-run analysis.

With the unit in a low humidity steady state 68 degree room and the unit temperature set at 50 degrees, interior led light off and opening the door once for 10 seconds in the test time, it hit 0.43 kilowatt-hours at the 25 hour, 40 minute mark. A little math tells me that in order to run it continuously for a year with one door opening per day, the power draw would be 146.758 kilowatt-hours. At a typical 10 cents per kilowatt hour, that would add up to a cost to operate of $14.68 per year, or about $1.22 added to your monthly electricity bill.

$1.22 per month is pretty reasonable and makes me wonder why they do not advertise this on the box or in the literature. They say only that it is a 70 watt device, which is not a continuous rating according to my test (a device that draws 70 watts continuously would cost $61.32 per year to operate!).

The cooler arrived on the date promised and was well packaged and without any damage.Easy setup, just plug it in, set the temperatures you want for the upper and lower zones and fill it with wine. I haven't had any problems with 750ml wine bottles fitting on the racks. This machine is so quiet I had to put my ear to it to see if it was running. Overall, very pleased and I wouldn't hesitate to recommend it.