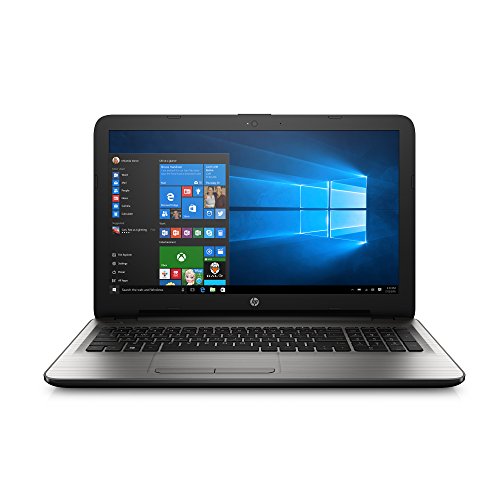 Performance laptop with a stiff touchpad

Well, i am new to reviewing stuff on Amazon but i guess i can help potential buyers get some info on this laptop. Before i start, i just want to mention that this is just my opinion and not necessarily reflects all batches of this laptop. This might be too wordy but i just want people to read this review and get a detailed review, since i didn't find a lot of those when i read the reviews for this laptop.

Pros
Processor allows one to multitask like open multiple chrome tabs while watching HD videos on YouTube. Although i have to mention that i was monitoring CPU usage on task manager and saw that the processor is like 70 - 90 utilized depending on the load, but that is expected. This doesn’t mean that i saw a noticeable slow down, it just was using the CPU to almost its limits. Although that could be chrome’s way of utilizing resources.
RAM
This was a bit surprising because i was expecting DDR3L RAM but i got DDR4 instead. At least according to the packaging box and CPU-Z software i used to check. I don’t know a lot about RAM technology but i believe from what i read online DDR4 is faster than DDR3 so that’s a plus.
Screen
As expected the laptop has 1920 * 1080 resolution. Since this is my first time using a laptop with this kind of resolution things look detailed and tinier. Especially when i use the browser. But i noticed that some applications might not be configured to go with this resolution and might look blurred. Yet this is not the laptop’s issue but the applications which were not optimized for a wide variety of screen resolutions.
Graphics
In short this is not a gaming computer. In fact, this laptop is actually for my sister who will be joining a university next year so i believe it should be fine for her since she is not into games. But this doesn’t mean you can’t play video games, it is just that it has to be done by the on board Intel graphics chip that depends on the speed of the processor and (RAM amount and speed) to give an average performance. So you can probably open games of 2016 but they won’t have stellar frame rates. For me that is not a deal breaker because you get what you pay for. But for older games this laptop should give you an average performance. If you want to know more, there is a website called notebookcheck.net which has detailed reviews on processors and graphics chips.

Cons
The reason i didn’t give five stars for this laptop is because i noticed that the touch pad is a bit stiff. Meaning you have to exert more force than other touch pads to click on things. But that shouldn’t be a deal breaker because you can get used to it overtime and have a wireless mouse option. However, HP should improve future versions because i have read other reviews and a couple of people have also mentioned this.

Overall
Even though the packaging quality is not relevant to the product itself, i felt that it was packaged well since they have like a foam support on the sides of the laptop so that it can absorb shocks when moving. You also have a one year warranty(at least) from the seller which you can see by opening one of the on board HP apps.

Finally, there are some things i wish future versions could have like an improved touch pad and options to include both an SSD and HDD with different size options. That way one could have an SSD to store the operating system and other essential software where extensive disk usage affects system performance. A back-lit keyboard would also be appreciated, of course all these improvements will mandate a price increase but including different variants of this laptop with these options might help HP sell more of this laptop and also give the consumer more choice. This laptop doesn’t take a lot of time to restart but i am sure it will be much faster if it had an SSD. I couldn’t get one because i thought the size available wouldn’t be enough for my sister. Anyway, i hope my review helps potential buyers.