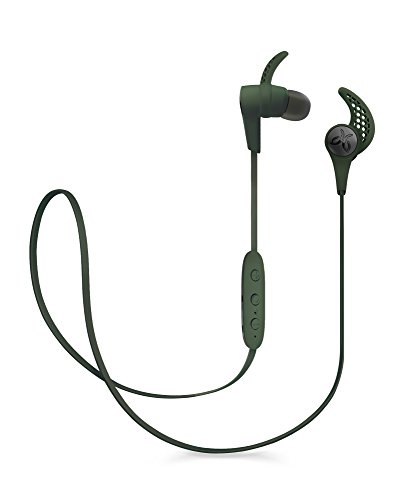 I am a daily commuter and exerciser and have been relying on Jaybirds since the original Bluebuds X model. This is the third iteration of their bluetooth X-line, and it is probably the best yet, but it has made some trade-offs in the new design that are not entirely positive. Also, while I was waiting for these to be released (there was a significant delay while Logitech took over the company, I have no idea why) I got a pair of the Jaybird Freedom - their smaller model that is also available and takes advantage of the same technological improvements. If you are looking for a pair of Jaybird earbuds you need to choose between the two - they are both excellent but there are a lot of little differences to keep in mind.

The actual earbuds of the X3 are about 30% smaller than the old X2’s. Sounds good, but to call them “helmet-friendly” is really a bit of a stretch. They sit in your ear and don’t protrude as much as the old model, but they do stick out - not as frankenstein-like, but they are noticeably larger than your average wired earbud. On the other hand, the Freedoms are tiny and are almost only a stem and a foam cap and will fit under any helmet, noi problem (I’ve worn them snowboarding and biking). I have gotten so used to the Freedoms that these really seem awkwardly large. Even worse, after wearing them for a few days I started to have pain in my outer ears from where the earbud casing pressed on my skin. This is a non-issue with the Freedom.

The X3’s sound fantastic. I mean, amazing. Deep and loud and bright and I sat up in my chair when I turned them on. The Freedoms sound pretty close, but I think the X3 wins by a thin margin. Makes sense I guess, since the earbud is bigger, but the Freedom is metal while these are plastic so they are a little more solid.

The big difference is the charging system - both models charge through a charging clip that attached to the remote, and both are a little wonky and awkward. The old X2 model charged directly into one of the earbuds, now you need to have the specific charge clip with you if you want to recharge - no more just using a simple micro USB cable. The upside is smaller earbuds, the downside is convenience. The X3 battery is still in the earbuds (I think) and it still gets 8 hours on a charge (I can’t fully vouch for the that, but I’ve never been disappointed by the battery claims). The clip is just for recharging. The Freedoms only get 4 hours on a charge BUT the charge clip is a second battery that will recharge while you are using them even (it’s a slightly awkward, but very workable process). As a result, the remote on the Freedom contains the battery and is heavier than the remote on the X3. I think they really missed out by not make the two clips interchangeable - the remotes are almost the same shape and it would be great to be able to use either kind of charge clip.

At the gym and on the go I have found the remote on the Freedoms to be almost - but not quite - too heavy. Honestly, it never pulls the earbuds out, but it does swing around a lot and I find myself using the shirt-clip to tie it down. This is not a problem with the X3 - the remote is still bigger than the old X2, but it is light and thin. I will add here that the button feel on the Freedom is superior than the shallow plasticky feel of the X3. It’s still better than the X2.

When I first got the Freedoms I was annoyed by the clip and having to schlep it around with me, but in the end I got used to it and don’t mind the trade-off of the tiny earbuds and the extra juice if I need it. I actually have two battery clips but have never needed them but theoretically I could go for 12 hours without actually plugging them in. I was looking forward to going back to 8-hours with the X3. In practice though, the X3 kind of has the worst of both worlds. You need the clip, but it doesn’t have a battery, so you have to also carry the attached USB cable (you can detach them or get an extra but then it is tiny and you will lose it). You also can’t charge and listen at the same time. So, even though the battery lasts twice as long (and quick charges an hour in 15 minutes) if you think you might need to recharge it along the way this combo is more cumbersome.

The other difference is really just the cable that connects the two earbuds - the Freedoms are soft, supple, and cylindrical. I worry about it constantly, but it has been fine. Actually, one developed a kink and Jaybird replaced them for me. The X3 has a flat, slightly tougher, cable. More like the X2, and pretty much tangle-free. I’ve actually had a couple of those crack though, and Jaybird does not like to cover that under warranty. The X3 has not broken on me yet though.

Both are sweat proof and pretty close to water-proof. I’ve dropped them in the sink and pulled 'em right out with no ill effects. Both include the same pack-ins (minus the chargers) of a case, three sets of foam tips, three sets of silicone tips, earwings (i don’t use them, the fit is fine without), and some cord shorteners and shirt alligator clip. Both have excellent bluetooth range and full-featured remotes with microphones that actually work for making calls. Both work with the Jaybird App for customizing the sound from your smartphone and both have excellent voice feedback that tells you about connections and pairing. Both also have a feature that let’s you connect multiple Jaybird headphones to the same music device, which is pretty cool if only occasionally useful.

In the end, I prefer the Freedoms for pure convenience and comfort, but the X3 are a close second with better battery life and possibly better sound. You really can’t go wrong wither way. Enjoy the pictures…

Great if dialed in

In short, these are great and exactly what I was looking for.

I previously owned the original Bluebuds X and somehow lost them on the way to the gym after 3+ years of ownership. I always remembered them for having impressive sound quality and durability, albeit ok battery life.

After trying to go back temporarily to a pair of ear pods before replacing them, I was on the way home in the Vegas airport when I stopped by a BB Kiosk and bought the Bose wireless headphones. I figured this was the perfect opportunity to give them a shot, and if I didn’t like them I would give them to my significant other who would appreciate the comfort and be less critical when it came to sound quality. Sure enough that’s what happened. I found the Bose extremely comfortable, and while they sounded good they did not blow me away. The Bose are a ton of mid range, or “warm” in audiophile language, but they don’t excite me from a sound profile prospective.

A couple of days later I bought these for myself and found myself with a similar impression as my first pair, albeit a couple of differences. 1) The battery life has been significantly upgraded over the originals; and 2) to get the appropriate sound profile you need to use the app with EQ adjustments. The original didn’t have an EQ adjustment so they just sounded solid out of the box. The flat out of the box profile of these will probably leave some a little less than impressed but pick a sound profile you like from the options provided, or do what I did and modify those options further for a custom sound and you’ll be amazed. Great bass, clean mids and bright exciting highs without being harsh.

Great buy and would recommend.