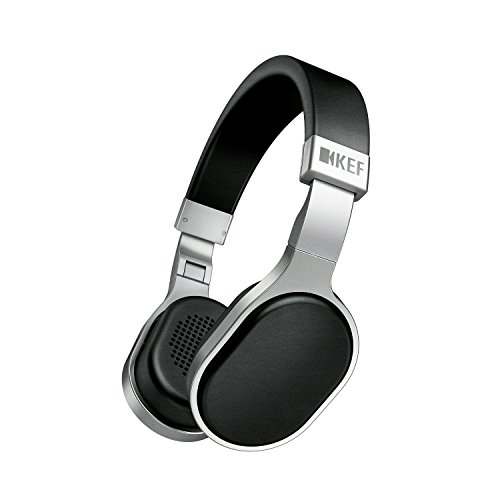 Here's my review and comments regarding 10 very different headphones that I was fortunate to have access to (I own or borrowed from friends), hoping that it may be useful to you since I'm comparing them side-by-side: Philips Fidelio X2, V-Moda M-100, KEF M500, Sennheiser Momentum, Audio-Technica ATH-M50x, Sony MDR1R, Bose AE2, Bose QC15 and QC3, Monster Turbine in-ear ($180, I bought a long time ago, just for comparison purposes), various Beats by Dr. Dre models, Sol Republic & the like. I tried many different styles of music and compared side-by-side for each song before drawing a conclusion. Bottom line: the newly released Philips Fidelio X2 sounded overall the best to my ears, and by a lot (read below for general comments, then comparisons). But as you know it's also an open headphone (leaks sound) and big (not meant for travel).

But first I will preface with general comments so you can understand where I came from and what I was looking for, as it may not be the same for you. And in the end, people have different tastes and don’t always hear the same thing – this is very clear (no pun intended.) I decided to post a review after finally buying the Philips Fidelio X2 because:

I found that the bottom line is that you need to test headphones by yourself, as everyone has different tastes, and obviously different hearing (at times, stuff I would hear with some headphones in some songs, other people in the room with me trying the same headphones did not notice or agree, and vice-versa). Music needs to be heard to be judged, at least if you care about headphones. I initially didn’t think I cared all that much, until I heard more than one pair, listened carefully, and realized that not only there were indeed major differences, but some headphones downright hurt my ears because the sound was too “harsh” or the treble was bad/too bright (this was true even with high quality/uncompressed music, not just lower-resolution MP3s or streaming music). Surprisingly, pick most of the headphones I tried, and you will find on Amazon hundreds of 5-star positive reviews claiming those headphones are “the best on the market”…they can’t all be the best, so which one to choose? By looking at the negative reviews? Well, I found that it helps a lot to read when a person/magazine is reviewing several headphones at once, not a single standalone review. And mostly listen yourself to different headphones, with different songs, to decide. I found that for some songs, there were relatively minor differences in between the top 3 contenders after extensive listening, while for some other songs, it was night-and-day – and I didn’t even need to do an A-vs-B comparison, I could tell immediately something was off with one pair of headphones for example. (I always did comparisons using high-bitrate music and a high-quality discrete PC sound card or amplifier, in a quiet environment.)

Continuing with general comments, I also initially found odd that frequently user reviews start with “I’m not an audiophile, but…” yet have a bunch of terms I had never heard and had no idea what they meant or could possibly mean such as: a “laid back sound” or “forward” or “dark” or “grainy” or “fast” or “present” or “liquid” or “dry”. And I could go on. Well, I sure hope the headphones are “dry”, unless they fell in the bathtub ;o) Now, more seriously, after reading definitions for those terms and listening to 10 headphones, I have a better idea what some of those words could mean. But I found odd that some of those terms were used sometimes to describe a very specific aspect of the sound of the headphones…while to my ears, there was another more simple, major, more significant difference in the overall sound that was not discussed in the review…like, the treble just hurts my ears; or it sounds like the music is coming from a metal can, not real life, and no I could never listen to it.

As a final note before the comparison: it seems that some people want more treble/overly bright headphones to have a very clear and “open” sound. I found that in the best reviews from dedicated magazines they agreed that this is not true with higher-end headphones. Headphones don’t need a lot of harsh treble to be clear…The Fidelio X2 is PERFECTLY clear, but NOT harsh at all, and NOT bright (glad I found it!). Personally, I prefer “warm”, natural sounding headphones, like a warm tone of a warm voice in an acoustic room with wood floors…not bright headphones that sound like there is a cheap turbo-charged tweeter in them. I also cannot, cannot listen to headphones with sibilance, the term meaning that when the letter “s” is pronounced, especially with female vocals, it sound like a snake hurting your ears and it sounds nothing like what an “s” would sound in real life coming from a person in front of you. Unfortunately, to my ears, this occurs on many headphones, where there is a bunch of treble and a bunch of bass in a very unbalanced way…and that’s the case apparently for most of the popular mainstream headphones sold at big box stores which I quickly crossed off my list. Sometimes this is due to poor compressed recordings (some 128 kbps MP3s), but sometimes not, as some of the top headphones I tried never had that effect.

Now the actual review (I cannot stress enough that the comments I make come from comparing the various headphones):

So I started wondering, is the choice only between harsh treble and “warm” headphones which sound muffled? Is there a headphone that is warm, not bright/harsh yet completely clear, and well reviewed by “audiophile” websites/magazines? Fortunately, yes.

In the end, I still use the V-Moda M-100 when I need to use closed headphones, but whenever possible I use the better Fidelio X2, which has outstanding sound. My review was a little too long, but I hope it will be helpful to some.