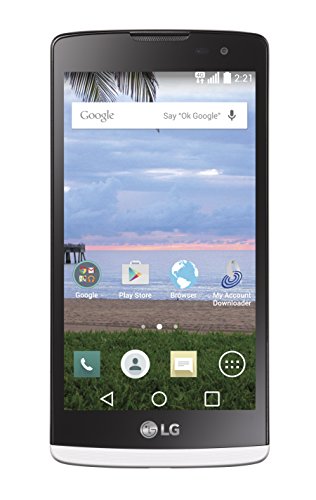 I No Longer Understand Why iPhones Are So Expensive

When my daughter broke her iPhone 6 (again) I refused to pay the $200 deductible until she could prove she could take care of a phone properly for at least a month. When we got this phone we thought it was going to be a punishment. Didn't exactly turn out that way.

This is actually an amazing phone for the price, and we paid full price for it at a local big box store. The screen is a lot smaller than the iPhone screens, so my daughter was punished to a degree in that regard, but if you don’t mind a smaller screen on a touchscreen phone this won’t really be a drawback.

With the exception of my son, who doesn’t really use apps, we have always been Apple users so we never realized how many Android apps there are out there. She has found more than enough apps to choose from and found that all of her favorites were available.

The camera doesn’t work as well as it does on the iPhone but you have to expect that for the price difference. What surprised me was how long the battery lasts. She used to have to bring a portable charger to school with her last year to charge her phone during the day. Not the case with this phone. This battery seems to go forever.

For the most part, I'm safisfied with it

I'm really not familiar with all the features yet so I can't review them all but here's what I've found so far: The screen is just the right size and the phone fits well in my hand. I must not be as discerning as some of the other reviewers because the pictures I've taken look just fine to me and the few songs I've downloaded from my home computer sound good too. The only complaints I have are (1) I've never had a phone that didn't tell you when your message was sent...my last phone had a little circle that let you know it was being sent and once it was, the word "sent" popped up on the screen. The L21G Destiny has neither. (2) I downloaded the user guide but it's 98 pages long so I'm sure not going to print it out! I've had to look up some things a few times at home but when you're out and about, you're out of luck. (3) It seems to me that there are a lot of extra steps for the functions I have learned so far...like to shut it down, you have to click through 3 screens. I not known to have a whole lot of patience but I suppose in time I'll get used to it! I's not fancy and it doesn't have as many bells and whistles as my last phone but for the price, it's a good little phone.