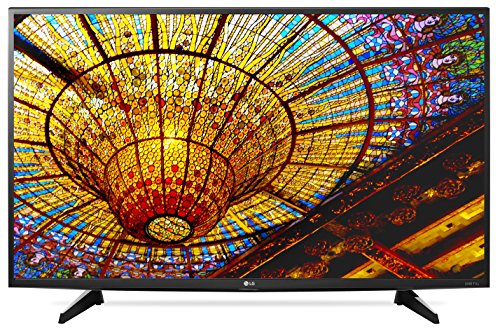 Great price. Performance is about right for price range.

Let me start off by saying the this tv does not produce the best image out of the box. It is about right for the price range though.

I upgraded from a 32 inch LCD Sharp from 2008. My old tv IS a great tv, even though it is 8 years old it still blows a lot of today’s tv’s out of the water as far as image quality goes. Yeah, it didn’t have the same contrast ratios offered by today’s tv’s but even then it still managed to look amazing. It is a very high standard to beat. The only issue was the size, it just wasn’t big enough for our needs. I was originally looking for another sharp but with their withdrawal from the American market, all the sharps still available were out of my price range.

Let’s start of with appearance. The tv looks nice, it’s got a very thin bezel, about 3/8 of an inch vs over an inch for the old sharp. It isn’t as thin as other led/lcd tv’s I’ve seen but that’s a non issue. It’s about as thin as the old 32 inch which was ccfl backlit vs LED. It has a relatively small footprint as the it stands on two angled feet vs a rectangular base. It allows for things to be placed under it vs around it. Overall very nice.

Performance, this is a bit of a difficult one, out of the box the tv looks ok. It is very bright but Colors are a bit off and washed out, especially yellows, they have a VERY green tint to them. This is especially noticeable when tv is set to game mode as it turns off any filters or extra processes and gives you a raw image and it looks pretty awful. Yellows turn into a pale sickly green. Unfortunately the color management system is forced off when in game mode so it is unfixable. For my gaming calibrations I had to use the “expert"mode which allows you to pretty much change everything, after a lot of calibration and tinkering with specific colors I got it to look good, this was with a special calibration disk I use for tv’s. One great thing about the calibration settings is that each setting is exclusive per input. For example, if I calibrate the “movie” mode for input 1 it won’t change the “movie” calibration for any other input unless you select the “apply to all inputs” option. This is very useful as it allows you to calibrate the image for the specific device connected. After complete calibration however, the tv managed to look better than my old tv which is saying something. The viewing angle for the tv is decent. It has a cone of about 60-70 from the center of the tv before the contrast and colors begin to have a noticeable impact. This is a downgrade from my old 32” as that tv had about a 90 cone before any noticeable changes in color and contrast happened.I’m assuming this is because it’s just a bigger screen. The tv is still viewable from any angle but starts to lose image quality almost as soon as you are not directly in front of it. Simply put, At about a 5 foot distance away from the tv you can be about 2 feet in either direction from the center of the tv before you start to see change in image quality.The range gets smaller as you get closer and bigger as you get further. Overall, once calibrated the image is top notch and looks quite beautiful.

4K, as I do not have any 4K devices all I could do is use the built in YouTube app to see 4K and it looks nice, crisp and as clear as a YouTube video could get in 4k. I definitely will not be using it’s 4k capabilities any time soon. I wasn’t looking for a 4k tv regardless and it’s nice to know I have the option.

Everything else like the Wi-Fi and extra features work as advertised, no issues as of yet. I will update if anything changes.

I would’ve given it 5 stars but having to go through a lot of calibration was it’s weakness and I can’t imagine a lot people that would want to go through all that to get the best picture.

UPDATE!!!
To completely fix the Green tint issue you have to go to the color management settings, select GREEN, and then under TINT move the slider to the left(red tint) until the overly green tint goes away. I have mine on about 5 to the red side for green. Do the same for YELLOW but not as much while also bumping up the saturation for yellow, about 5 should do it. These settings are usually only available in the EXPERT mode or CINEMA/MOVIE. If the picture mode you are using(game mode) does not allow you to use the color management system then just move the overall tint to the red side like 3 notches.

I LOVE MY LG TV IT IS THE BEST!

I LOVE THE TV IT IS THE BEST TV YOU CAN GET AND I LOVE MY TV [This review was collected as part of a promotion.]

I purchased this TV just recently and I love it! So far it has a beautiful display and amazing sound quality. There are a few negatives with the TV, but the positives outweigh them by a lot.

So I bought this TV because it was the best purchase around the $500 price range that I wanted. Of course I had to pay extra for the new HDMI cord and tax, but that was all worth it in order to run 4k quality (mainly upscaled). The best thing about upgrading to 4k TVs is that you get a much better brightness and contrast upgrade. For my TV, the more vivid colors are much more clear and it makes objects seem more realistic when you look at them. I’ve been watching the TV show, Lost, lately and the quality looks much better on a 4k TV.

The negatives: for one thing, this TV has a remote that doesn’t light up at night. I know it sounds a little silly that I would complain about this, but mark my words, in the middle of the night there is no seeing the buttons on the remote. I usually wait till a bright scene on my Netflix TV show comes on and then look at the remote, but that gets annoying after awhile. Other complaints I have and hope to find a solution is the brightness issue with the color yellow and gold, and also the fact that WebOS doesn’t have Spotify. For some reason the color yellow or gold doest not come up very well at all, so be wary that if you play games on this TV that the color yellow/gold will not come up clearly. I play Overwatch and I have seen that the Gold Medal that you can earn at the end of a match tends to look a little more orange than gold. It’s a very bizarre glitch maybe, but be aware of that. And the Spotify issue is the thing that annoys me most. Why the heck doesn’t WebOS have Spotify? I don’t know, but I hope it gets fixed soon.

Overall this TV is fantastic and if you want to game on it then you’ll be absolutely stunned. I play Overwatch and The Witcher 3 a lot and both games blow my mind away! I hope you enjoy this TV as much as me, and I will definitely give it a new review later on in case any problems occur. I just hope the TV has a long lifetime. I hope this helped!