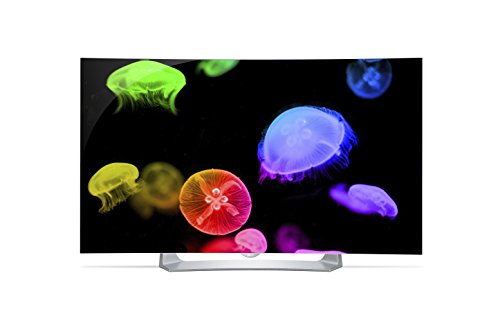 One question that seems to echo repeatedly is "Why would I ever want to spend more money on a 1080p TV than a top of the line 4K set?"

And its a great question, really. After all, everything most consumers hear - from advertisers, sales people, friends, and family alike would suggest that the incredible amount of detail picked up by those 6 million extra pixels is the way to go in 2016. How could so many people be wrong about something as obvious as picture quality?

Firstly, everything you see in a retail environment is perfect in benefiting the brightest screen in the room. So, compared to some of the high end 4K models like the Samsung S8500, OLED just doesnt seem to have the same ‘pop’. Back when plasma TVs were popular, some retailers addressed this by keeping their TVs in a dark area of the store to emulate what you might be getting at home. But that still doesn’t address the issue at hand - resolution IS what matters, right? Isn’t that why we all switched to 1080p?

Yes and no. Because of that switch, we began to see what was once perceived as an incredible amount of detail in our TVs, and benefit now from a clear, clean picture in a much larger size range. And while the same can be said about 4K’s promise, it won’t make a noticeable difference at home unless you’re either sitting within 4 feet of your TV or you’re buying something over 90", and even then it won’t make an incredible argument for itself until 2160p is standardized through all programming. So, ask yourself these questions - “When I saw a 4K TV in a store, how close was I standing? When I stand further away, am I noticing more details, or just a cleaner picture with much improved depth and vibrancy?”

The remarkable thing about OLED TVs is that they actually produce more depth through their infinite contrast when compared to even the best 4K TVs, and they highlight the detail in everything you’ll ever watch in HD. Even if 4K does become the new standard someday, from where you normally sit, you won’t actually notice more detail. As of this writing, most of the content you watch - being that its 1080p - has a decent chance of looking worse on a 4K display, because the upscaling process tends to leave small artifacts, or confused sections of screen fluttering about. This can even cause some serious motion blur, whereas the LG 9100 has been praised for producing virtually none whatsoever.

Buying a TV is like buying a car for a lot of people. Ever notice that when people spend a lot of money on a new car they go on and on about how it’s such a great vehicle? TVs work in that same way. If your friend drops a solid amount of cash on a brand new 4K TV, it’s suddenly the best TV you could ever own. And while it may be a clearer picture than their old TV, LED TVs have gotten much cleaner over the last 3 years, so it would be odd if it didn’t look noticeably better than what they had before regardless of the resolution.

Knowing all of this and a lot more, I confidently bought this OLED. I’ll admit, I was still somewhat concerned with whether it would look as good as my buddy’s Samsung 8500, or even my brothers 7100, being that when I saw the two TVs in their respective homes, I thought the quality was fantastic on both sets. The OLED, however, is a beast of an entirely different species. The first thing I did after setting it up was test out 5 unique type of content - vibrant 2D and 3D (Mad Max), dark 2D and 3D (Gravity), video games (Madden and Fallout 4), cable TV, and sports. If I were even the least bit underwhelmed or disappointed, I would have taken this TV back within a day or two and saved some money getting the 8500. I was not only reassured by the quality, I had actually set my own expectations lower than what the TV actually produced.

If youre a videophile, and you want the best TV available on the market, you will not be disappointed by the LG 9100.

BOUGHT THIS TV AND NOW GOING THROUGH ALL MY OLD MOVIES TO WATCH THEM AGAIN ON THE BEST TV OUT THERE. [This review was collected as part of a promotion.]