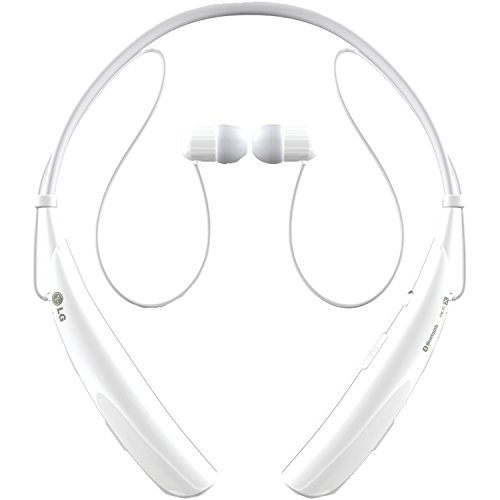 I bought this on Walmart at a very good price...less than the $78.00 listed above. My sister and her sons have had them over a year each so I tried it. I am not very tech savvy and this is comfortable and easy to use. The charge lasts a long time. I listen to audio books off of my phone and it lasts for 8-10 hours straight without running low. Charges quickly too. Actually arrived 1 day early. Just had it a few weeks...so far so good.

I have problem with LG Tone HBS-750 Bluetooth headset. There is no problem pairing or connecting. The problem is; when talking on Samsung Galaxy S5 via LG Tone Bluetooth headset at some random point in the conversation the microphone stops, but the earbuds are still working. I can hear, but I can't be heard. I can take the phone off headset selection, and then put it back on headset selection, and that makes it work, again, for a short while, then it happens, again. I lost the mic 5x in a 30 minute conversation. It is an intermittent problem. A Verizon tech did a factory reset on my phone when I took the first one back. I have also done a soft reset, and LG tech had me do a reboot on the headset. The problem persists. I have been in touch with LG and Verizon. The general consensus is there is a glitch in the headset software, but LG says it is not their problem. If it were not for this problem I would be absolutely thrilled with the LG Tone HBS-750 Blue tooth headset.

Further research on Google shows that I am not the only one having this issue. But there also seems to be a solution, albeit not a great solution, but one none the less. This issue of the mic going to mute can be stopped by turning off the wifi on the phone. Unfortunately, I use wifi at home, and this is be a huge inconvenience, but it works. One solution that seems to work is to turn off WIFI when using the phone. It is a real inconvenience, but if you want to continue this headset like me, you start remembering to turn wifi off.

The most frustrating part of this is that I have contacted LG both via phone and chat, and both times they claim complete ignorance of the problem. I have even directed them to the forums where the issue is being debated/complained about. They, LG, simply do the ostrich dance, sticking their heads in the sand and saying it doesn’t exist. A couple of customers actually put comments on the LG forum and LG took them down stating “your review did not meet our guidelines for posting on our site.” I guess that means that LG only accepts positive reviews.

Don’t get me wrong, this is a wonderful headset. The best I have ever owned. WHEN IT WORKS!!! But it is very frustrating to be talking on the phone and have your mic go mute all of a sudden. Or having to turn off wifi so that you can talk without being cut off.

If you do buy the LG TONE HBS750, just be aware of the issue and the fact that LG is not going to acknowledge that there is an issue.