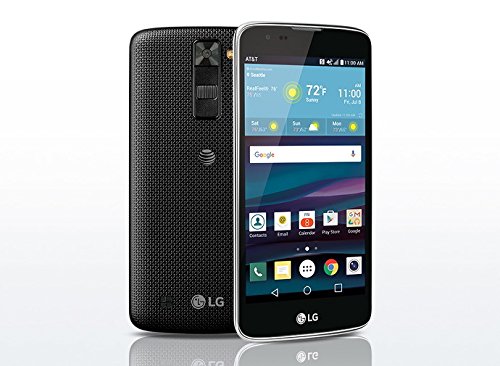 This phone more than meets my expectations and needs. It is fast, easy to use, not loaded with a lot of unneeded apps, screen has just the right sensitivity, brightness is fine, good photo quality and enough capacity for me. With the O/S and basic apps (e.g., browser, contacts, camera and mail), it uses 75% of memory and about 40% of internal storage. Response for loading apps, messages, maps and web browsing has been at least as fast as my desktop. For someone who needs only the basics and will not use a lot of apps, data or games, this phone and its price are just right. It may also meet the needs of a more demanding user.

... Like some folks, I've gone through severals smartphones over the years. Personally, I like having the option of switching between two phones (a casual phone for personal use and a smaller "I don't mind if I lose or break it phone" for work and play). Just swap out the sim card between the two phones as needed.

… When shopping for my backup phone, the size and specs sold me: 5-inch screen (1,280x720-pixel resolution),16GB internal storage, 1.5GB RAM and the MicroSD card support (up to 32GB) but the 2125mAh battery had me concerned. I mean it doesn’t matter how good the overall specs are and phone performs, if your charge runs out, you’re screwed. As with other LG phones I’ve owned in the past, I really enjoy the Double Tap ON/OFF feature.

… Just feel like a little larger battery would have been much more effective for the size and hardware. By the way, I know I have available options: purchase spare battery or plug it into to a cigarette light or outlet but it’s a slight inconvenience at times. According to the phone’s battery usage, the screen sucks up around 48% and I have it set on 30% with a shut off time of 2 minutes.

… Have only had the phone for a week but I did play music on the MP3 player while cutting grass with headphones on for 3 hours, with a couple of 10 minute phone calls and 2 text messages and the battery dropped 40%. Most days, I get online for roughly 10 minutes (youtube videos, 10 text messages and 40-60 minutes of phone calls). I’m not a gamer. Hopefully the phone will make it through the day with light use such as me.

… As far as the camera goes. With mid to low lighting (with or without flash on) you’ll most like be disappointed. I’m not a big selfie taker but when I did with this phone, the quality was bad. Good lighting definitely makes a huge difference, much better. Just would have expected a little better quality with 8-megapixel rear and 5-megapixel front-facing camera.

… My other current phones are Alcatel Idol 3 and ZTE ZMAX 2. Both perform extremely well without having to back off on any battery sucking functions of the phone. The ZTE ZMAX 2 is an excellent budget phone. Even purchased it at Walmart. Don’t know why they stopped carrying it? Just wish it was a little smaller size for my needs. Overall for a mid priced budget phone, the LG Phoenix is ok. Oh well, good luck!

I got this phone to replace my Galaxy Alpha as I was at a point were I was not able to upgrade it and it would no longer hold a charge (it was a bad phone to begin with). I have had the LG for about 2 weeks now and have had no issues. The battery lasts through day, depending on how much I use the phone for internet and games it has lasted longer. The call quality and sound is great. I have not yet tried the phone in the north woods but so far I have had no issues with service, again unlike the Alpha that could not find a 4G connection in Milwaukee. The power and volume buttons are on the back of the phone by the camera lens. At first I thought this would be hard to adjust to, but it was not an issue. I think that make more sense back there then on the side now and I am less likely to to bump the power button and hang up on people. I was at first concerned about it only having 16 gig bytes of storage as my Alpha had 32, however I have been able to do everything I did before with no problem. Now I will still buy an sd card as the storage is expandable on the LG (it was not on the Alpha). The only downfall with the phone is the camera does not take great crisp photos. They can be a little grainy when taken inside even with a flash, but I have not tested all the camera settings yet so it may just be how it is set right now.

For the price I paid, under $50 on sale, it was a great investment. Even though it i a go phone I use it on my regular family smart plan with no trouble.