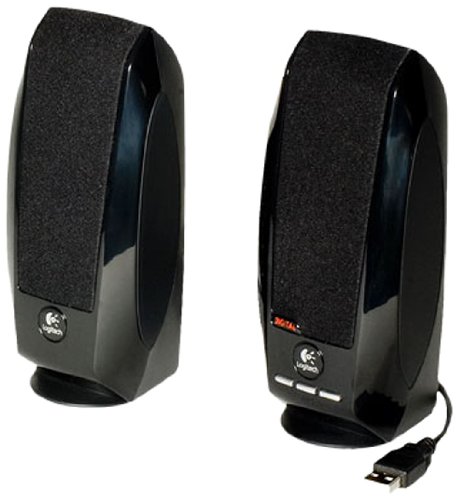 Takes a minute but they're awesome

Other Thoughts
These things take a bit to “burn in”. I had them shipped and it’s winter time so they may have just been cold but the first couple of hours I spent tweaking every setting on my computer trying to figure out why everything sounded so muted. The bass sounded fine, but the mids and highs sounded a tad muffled (like the sound you get when you put your hand over a speaker.

I turned the music off, reset everything to default (where I had started from) and let them chill for a few hours. Then, while I was out, I put them up on moderate volume and, without messing with any equalizers, put some music on and left them playing for 5 or so hours. Once they warmed up and got a little burn in, they sounded much better.

For most cases I use default on all the system noises but in Winamp I chose a preset that boosts the bass and treble a little bit. Even when burnt in, the lows and bass need a little boosting to keep up with the mids. Now I’m quite happy with how everything sounds.

They require a little work, but once you get them settled in these are a fantastic pair of speakers and probably among the best you can get until you start getting into 2.1 speakers.

Update August 1st, 2014
I bought a second pair of these speakers. My girlfriend’s speakers died and I gave her the original ones I bought (still going strong after 7 months) and I bought myself another pair. This time it was shipped during the summer so the speakers weren’t submitted to the harsh, frigid cold of winter time like the first pair. Thanks to this, the problems I experienced the first time around were much less pronounced and much easier to fix. The “burn-in” wasn’t really required at all and once I got the volume and such configured everything worked pretty well. It took me about a day with the first pair but this time around it only took a couple of hours of use before they sounded good. I guess that means most of the problems were simply because they were cold when I first plugged them in.

It keeps its 5 star rating. I have bought two of these and would buy a third. I’ll update if either of these break down but until then, I’m still happy with my purchase.

Still gets my vote on the best $25 speakers around. I’d say I’d buy them again but I just kind of did so yeah I’d probably buy them a third time.

Update May 6th, 2015
Happened to be goofing around notice that this was the highest rated review. Cool! So I thought I’d do an update. Both sets of these speakers still work flawlessly (my girlfriend’s pair that I gave her and my current pair). They both still sound great. If these broke, I would still buy these over again (unless, of course, I had like some serious cash to spend on a serious set of speakers).

I still do my audio recordings, albeit on much better hardware than before. My recordings still sound great on these. I’ve had no problems with them whatsoever. They survived moving without breaking and a fried motherboard without flinching. I still recommend these to people

Update December 18th, 2016
Still the best ~$25 speakers out there. Both pairs still work after years of use. These days I have to keep the sound down as my roommate works night shift so these actually didn’t get used for about 10 months (been using headphones). Turned em on and cranked em up a bit and it’s the same old speakers I remember. Again, I proclaim, that unless I’m spending serious money on serious speakers, these are still my cheap go-to speakers. So happy they still sell these.

the sound from these little things was better than expected. didn't really expect much considering the price but logitech did a pretty good job on these. of course these will never be able to crank up very loud but they serve their purpose of basic / general sound and still do a decent job with music. only issue was not their fault - it did not work at first but that was because i had it plugged into a slow hub. as soon as they were connected to the regular usb port, they worked just fine. like that they take up very little desk space as well as usb powered. i figure with a major brand like logitech that these should last awhile ! i consider this a pretty good deal for the money - it was well worth it to purchase these - pretty happy with them ! ! !