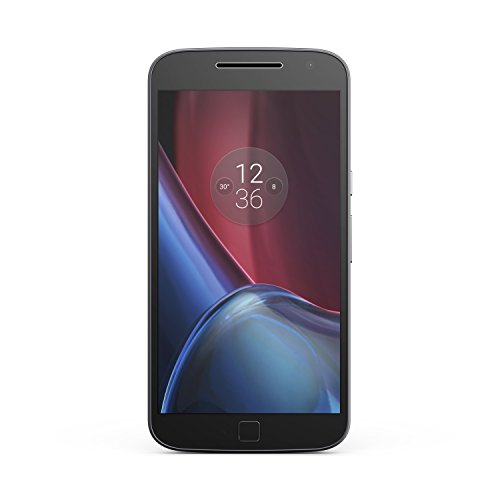 {(((1 year update, well 11 months))) : this moto g4 plus is still going strong. no problems with it to report, still charges fast and holds a charge all day. }

Ok so I’ve had this Moto G4 Plus (64GB storage with 4GB RAM) for 24 hours, and so this Isn’t going to be a extensive review, just some things I’ve noticed…

First of all, the build and feel of the phone is very good, not super premium like some $600 + phones, but its still very good.
the fit is tight and uniform, no gaps around the screen or back cover or anything. the back cover snaps on and off without problems. the phone looks to be very well made.

The android system takes up almost 10GB of storage, leaving the user with about 54.5 GB.
CPU-Z shows there is 3643 MB of RAM

The buttons for power and volume feel great, make a nice little clicky feel when you push them, and the power button is textured for an easy way to feel the difference between them.

the finger print scanner, is very useful, (although it doesn’t serve as a button for anything) it wakes the phone up and unlocks it super fast.
I would estimate about 1/4 of a second or faster. So far finger print scanner is great, way better than i expected.

The screen looks great, full HD 1080P, colors have a warm look to them , the whites are not as blue looking as my Samsung phones screen.
IT is a full 5.5 inch display, and yes the buttons are on screen, But can go away in certain apps, to give you the full screen to use, like when watching videos for instance.

the sound is very good, although it only has one front facing speaker at the top. it is loud and clear.

Call quality has been excellent, and when calling an iphone 6, about two or three feet away, with both phones on speaker. the Moto G4 Plus had no signs of feedback, or echoing, indicating it does an excellent job of noise cancellation. the iphone 6 however sounded like a horror movie.

The UI (user interface) is slick and basic android. fast and responsive. the Moto gestures work well as far as the double twist for camera, and the double chop for flashlight. I have not tested the others yet.

Supposedly this phone is Water and dust resistant, but i will not be testing that, for obvious reasons.

The camera seems to be great so far, low light photos look pretty good, and there is even a pro mode that lets you tweak all the aspects of the camera. if you hold down the shoot button, it takes photos in rapid succession, pretty cool feature.

This phone also lets you record slow motion videos which is fun.

Some of the cons of this phone i can think of, are:

No NFC, not a big deal to me personally, because I never plan on using android pay anytime soon at least, and I never bump my phone to share stuff with other people. I’ve had NFC on past phones for years, and never used it, except to try it out to see if it worked.

No Magnetometer / Compass. I’m not sure of the full implications of not having a compass are, but GPS and navigation still work, because they rely on the GPS sensors, this phone also uses GLONASS, which is just the Russian version of the United states GPS system, twice as many satellites, means twice the reliability, and more accurate and faster positioning.

Since there is no Compass, google sky map will not work correctly, which is big bummer for me.

ON THE OVER HEATING ISSUE:

I live in south Texas, and tested this phone outside with the camera app, taking dozens of photos and using CPU-Z i never noticed temps over 55 C on any of the sensors, most were about 50 C or below. also the camera app never started lagging and stuttering.

I will update this review if anything changes, and after a month or two when i have spent more time with the phone.

EDIT: after using this phone for 4 days now. I bumped it from a 4 to a 5 star. The battery life is very good. And easily last all day. In fact I’ve had the phone with me at work now since 7 am this morning, using it off and on pretty often. It is now 2:30 pm and I still have 70% left. Pretty impressive.

The screen looks great in full sun with full brightness setting, no problems at all.

The more I use this phone the more I like it.