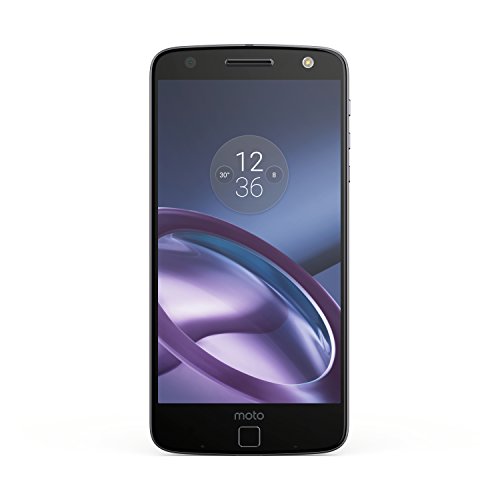 Ive been a Motorola owner since the original Moto X in 2013. I switched from the Galaxy S3 because the X offered features I really cared about, not useless gimmicks. The Moto Z thankfully continues that idea with legitimately innovative mods.

First the design; whenever I first see a new Moto phone, I think, My God thats ugly! Why would they change what works? But then I actually start using the phone and that opinion changes. The Moto Z is (in my opinion) one of the most beautiful smartphones ever made, right up there with the iPhone 4 and HTC One M7. The glass and aluminum feels just as good as the Galaxy S6 and the style shells you can get for it provide that customization Motorola is famous for. However, I must admit, I hate the way the front of the phone looks. The giant fingerprint sensor combined with huge top and bottom bezels with NO stereo speakers is a step back from something they’ve been doing since 2014. I really wish the fingerprint scanner could have been placed on the back or made smaller, anything.

As for the rest of the hardware, there is unfortunately no headphone jack. I personally don’t mind this since I use bluetooth, but its disappointing that its gone. The phone is crazy thin and that makes it feel unique without feeling fragile. (look up bend tests to see what I mean). The camera hump is huge and annoying, but putting a style shell fixes that. The screen is one of the best I’ve ever seen, only surpassed by the S7. I wish wireless charging came standard without Moto mods, but thats probably not a big deal for most people.

The software is simply put, the best Android has ever been. (I haven’t used the Pixel so I can’t comment on that). As many others have said, This phone does Android better than Google and they’re right. Features like Moto Display and Moto Voice have become things I’ve really got used to over the years, and the gestures like the quick camera launch should be on every phone. Its also super slick and responsive, as stock Android usually is, and its nice to already have Nougat.

The camera is great by Motorola standards, good by all else. It takes a while to focus and tends to overexpose in certain scenes, and low light is just not on par with the iPhone 7 or S7. In well lit areas, it performs well, with my only issues being a little bit of over sharpening on edges and some digital noise. The camera software on the other hand is far better than previous Moto phones. There are more controls available with a manual mode included. 4K video is included, but I don’t have a 4K screen so I just stick to 1080p, which can be shot either at 30FPS HDR or 60FPS regular. Slo-mo is included with 720P at 120FPS, which kinda sucks. The iPhone 7 can shoot at 240FPS and has time-lapse modes as well. I’m sure these can be added with updates, but there’s no guarantee of that.

The Moto Mods are a great idea, but a little expensive. I love the idea of being able to add functionality to the phone in a snap, but they really do require an investment. I bought a battery and the camera mods shortly after the phone, and they do come in handy. (I have full reviews of both products on my profile) Using the mods is dead simple. You snap them on the back and they instantly connect and react, it just works. Some fun ideas for Moto mods might be something that can dock your phone so you could use it like a computer, a game controller, or how about a solar charger on the back?

Battery life is OK. If you aren’t using it too heavily, you’ll end the day with 10-15%. You won’t get two days out of it, at least without Mods.

Overall, Im happy with this phone. I wish it had a better camera and battery along with some design changes, but I cant deny how well it does other things. The mods perfectly integrated into the main experience and the software is quick and responsive with some fun features. Great job Moto.

More than a phone

I needed a new phone for a while. But at the end of the day mine did what I needed it to; social media, photos, and music. So it was hard to get excited about any of the phones out there. I am not a tech guy so it takes a bit to get me interested. Then the Moto Z came out. Different, big fan of different. But I am an AT&T user. So I couldn't get it. Then the unlocked came out. I bought it day one with ALL the mods. I use the extra battery every day. It is nice to go to work then come home and place the battery on a wireless charger and still have a fully charged phone in my hands. The speaker is awesome. I use it on my motorcycle. The projector is useful and fun. Sometimes I just lay in bed a project a show on the ceiling. The camera I have not used yet but I am excited about it. All that being said, my 15 year old asked for a new phone for Christmas. So I bought her the Moto Z play. You will not find a better $400 phone. All in all big fan. Functional, fun, well built, looks great. I will never buy a phone from a service provider again. Get the geek squad protection and enjoy owning your phone.

@fuzal Did you buy it?