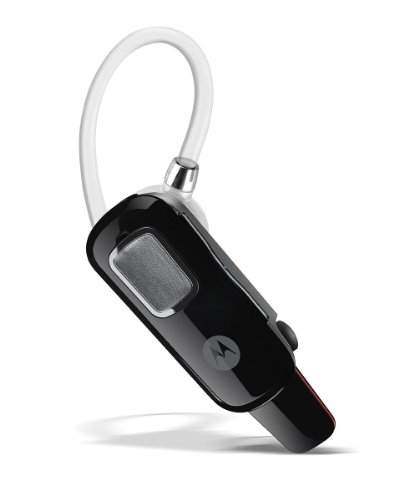 Amazon Review by B. Colonna

I have owned a few bluetooth headsets, including a Jabra, a couple of higher end Plantronics, a inexpensive Logitech and even a Jabra visor-type unit which clips to your car visor.

I do not want to confuse anyone by talking about other products in a review on this headset, but I thought it important to make a few comparisons. And since I’ve found the Plantronics product line to be so awesome, I’ll keep going back to that product below as I compare the two.

None of these products has ever given me any trouble, and I found them all easy to pair with phones and the sound quality has been good on all of them. On the two Plantronics, both variations of the Voyager Pro, the sound quality was exceptional, but the price was also in the $100 or more range, so unless you are a heavy business user, those might be overkill.

One of the minor annoyances with most headsets is turning them on or using different functions, which often involves tapping a button once, double tapping, etc. One of the few brands that minimized that issue is Plantronics, especially with their proximity feature in their new Voyager Pro HD, which senses when it is on - or off - your ear and turns on/off accordingly. Now, nothing is as easy as that, but the HX550 comes darn close.

The HX550 is not priced extremely low, however it is almost half of the cost of the Plantronics Voyager Pro. Yet the HX550 is a full featured, high quality headset. I have always been a fan of Motorola products and find them to be among the most reliable mobile phones and accessories around. If past performance is any indication, the HX550 will prove to be quite durable.

What I love about the HX550 is Morotola’s “RapidConnect” feature. You flip the small microphone open and its on, flip it closed again and its off. This eliminates the feeling for some tiny button and checking to see if a little light is on, off, blue, red, etc. Although if you like to use the status lights, the unit has a full complement of colors to alert you to different statuses.

Pairing is very simple - when you first flip open the mic, a voice will prompt you through pairing.

The sound is great - I would compare it to my much more expensive Plantronics. No background noise and no one can really hear that I am on a headset.

You can pair with two devices, which can be handy if you have a personal phone and a company Blackberry, for example.

Design wise, the HX550 is lightweight and unobtrusive. It is a small profile unit, and offers a few different ways to wear it (on ear, in ear by hook, in ear by gel). As far as layout, there are just a couple of buttons, the Call button and the Volume up/down buttons, and one status light which changes colors.

Battery life is excellent, although I’ve never had a battery issue on a blue tooth headset. Plus when you flip this on, the voice tells you the battery strength!

This headset uses the MotoSpeak application, which is great but it is only for Android phones. MotoSpeak is a full feature text to voice application. MotoSpeak is completely free, whereas Plantronics offers Vocalyst, which is more robust but has a fee associated with it.

Overall, this is my new favorite blue tooth headset! It’s ease of use and sound quality is comparable to the more expensive Plantronics, and its about 40-50% less expensive.

It works out great for me. It has noise cancellation which is great since I drive a semi.