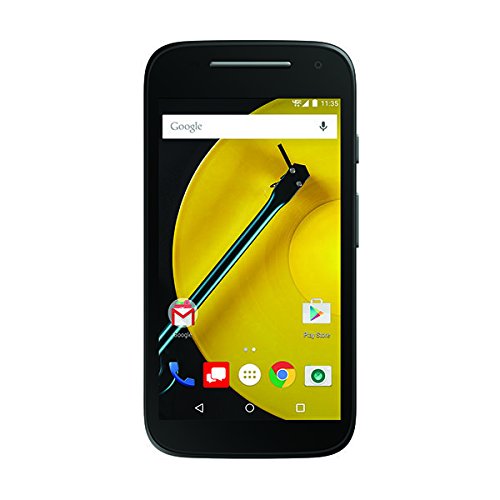 I picked up this phone for $44.99, which is insanely cheap for a decent Android phone off-contract. The description says that the phone is Verizon pre-paid only-- but that's not true! I put my post-paid SIM card in the phone before turning the phone on for the first time, and it worked without any issues. I bought this phone as a replacement for my current device (this was $100 cheaper than paying for a replacement phone through Assurion). I would recommend this phone for anyone who needs a replacement phone to get them by for a few months until their contract is up for renewal. It's not a top-end phone by any means, but it works well and I'm not missing my old HTC One Max (a phone with far superior hardware). This phone is also running Android 5.0 out-of-the-box. For this price, you're not going to find a better phone-- whether this is a replacement OR your primary phone.

[Additionally, you can find ways to use this phone with other carriers (like T-Mobile, ATT, Sprint, etc.) on the XDA-Developers forum. You have to do a little bit of work, but it’s definitely worth for the versatility of being able to drop in a SIM card from any carrier.]

Great phone while it worked...

For me, this was an upgrade from a Moto G, which was very similar yet limited to 3G data. However the Moto G failed, out of warranty by Verizon and Motorola's warranty does not apply. So I bought this to replace it, and I really like the 4G aspect as well as the option of storing data on a micro SD card that the Moto G did not have. This is a faster phone and has even longer battery life.

Then out of the blue, it died. Just shut down and would not turn back on. Plugging it on to charge only caused the phone to become extremely hot. Now that’s 2 similar Motorola phones that have died within a year… Verizon states they cover the phone for 90 days, and Motorola states it’s Verizon who covers it regardless of what is on the warranty page, which states 1 year.

Maybe it’s time to buy another brand? What good is a phone when, while taking the best of care - it doesn’t work and isn’t covered under any warranty?