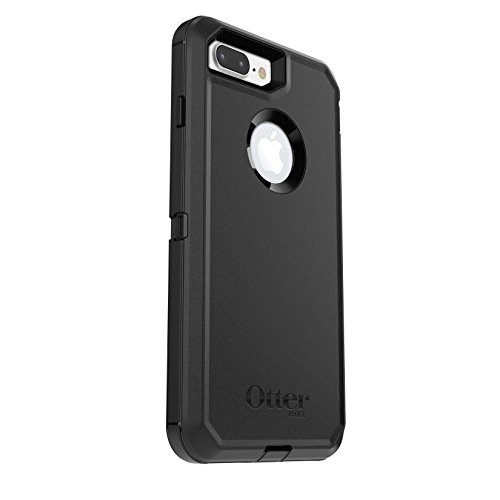 while still providing a nice level of protection for the phone

I absolutely am a fan of the Otterbox Defender Series. This is my 3rd or 4th Otterbox Defender, dating back through several generations of iPhones. The Otterbox has morphed somewhat over the years and has become somewhat more svelte, while still providing a nice level of protection for the phone.

As a guy, I don’t have a purse in which to keep my phone. At the same time, I am not interested in trying to keep my iPhone Plus in my Levi’s pocket (either front or rear). At some point, I’m going to sit on it and…adios! In addition, I like the belt clip. By placing the iPhone face-in on the belt clip, the iPhone screen is afforded a good level of protection.

The reason that I gave the Otterbox four (4) rather than five (5) stars has to do with the infernal built-in plastic screen protector. When Otterbox starting installing these in the Defender Series some time back, I was appalled…and I still am. The concept is potentially OK; the execution is extremely poor and should be discontinued immediately. I had the same problem with my previous-generation Otterbox and iPhone.

Here’s the problem: The built-in screen protector is positioned a short distance from the screen. In use, your fingers may or may not produce the desired result on the screen – whether selecting, swiping, re-positioning, etc. The Apple iPhone developers have done a superb job of developing a useful and intuitive HSI (Human-System Interface), making the screen touch-sensitive and able to respond to various touches and gestures. The Otterbox protective screen happily obliterates about 75% of this HSI function, resulting in a great deal of frustration, displeasure, and disappointment. The user is forced to make many gestures repeatedly, frequently requiring an increasing level of pressure, in an effort to produce the desired result on the screen and iPhone. This is NOT the user-friendly HSI interaction that the Apple developers (or the hapless user) was hoping for!

The only solution is to detach the worse-than-useless plastic screen from the Otterbox housing. (This is what I have done.) Then, the user is once again free to interact with the iPhone screen (and not the Otterbox plastic screen) and to enjoy the haptic experience that the iPhone developers had in mind. I cannot understand why the Otterbox designers sought to neuter the iPhone by including this poorly-conceived plastic screen cover, but I do hope that they will eliminate that dreadful appendage to an otherwise fine iPhone case.