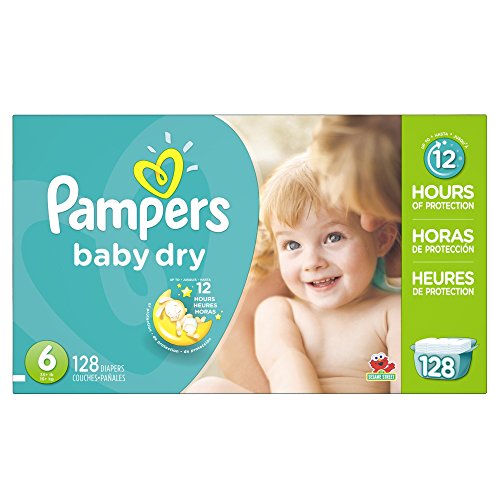 We don't write reviews too often, and when we o, we mostly choose to write them when something is particularly great. However, now and then, something is bad enough to make time to express that towards other buyers as well, and as much as I hate to say it, with our last purchase, that's the case... :(

Unfortunately we have to side with many other costumers who rated the new & improved version very low - we are incredibly disappointed.
I myself was a ‘pampers baby’, and our son has been since he was 6 months old… he is now 22 months and we used a size 4… and we loved the brand. Devoted buyers we were, as it was the only diaper our son wouldn’t leak thru regularly, especially overnight.
We live in the desert, and we drink a lot of fluids… hence, they fill up quickly, and we go thru a lot of them…

What’s changed, that disappointed us? For one, there are there over a dozen less per box now. Not a huge deal, but it all adds up in the end.
The big deal: they are way less effective than they were before the ‘improvements’ took place.
I am honestly very surprised to see this happen from this brand. We now also have issues with the tape (never had that before), we have leaks regularly (also rarely ever occurred previously, as we change quite often due to sensitive skin and mentioned amount of fluids we drink), just like when we tried the store brand diapers…
The ‘feel’ of them also appears more ‘plastic-y’ compared to the nice soft feel before… I’m sorry to say our experience is the exact opposite of all that was communicated via ads to have been improved.
Everything that justified spending more on this brand of diapers seems to have disappeared now - were very disappointed and will now go ‘trial diaper shopping’ again.

The best diapers I have tried

I did not believe the commercial when it says that the babies will stay dry for 12 hours. But I have to say I put one of these diapers on my son and hours later he was still dry. the diaper felt squishy so i changed it. when i touched it I had no wetness on my hand. I love these diapers and they really do stay dry. There must be some type of gel that absorbs the wetness. My fingers were dry, his butt was dry and he sleeps through the night in one diaper. I will not buy anything else.