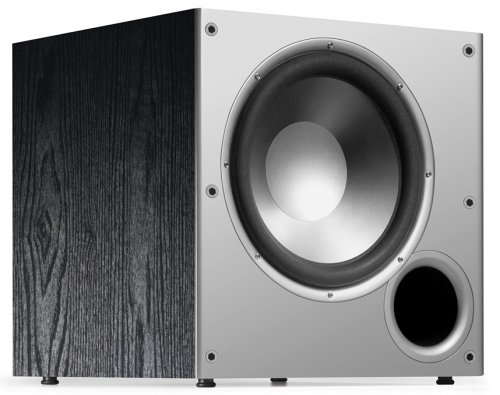 Polk PSW-10: Great, with some reservations

I purchased this subwoofer about 2 months ago and since then have given it an extensive listening test. Following is a list of things I would do to improve sound quality as well as some reservations I have toward it.

Before I start off, I would like to clarify one thing about the PSW-10 that might unjustly turn off potential buyers from it: it runs at 50 watts RMS. In the world of music and sound systems, one of the biggest misconceptions out there is that wattage directly correlates with how loud a speaker is. THIS IS NOT NECCESARILY TRUE! The efficiency of the driver determines how loud it gets at a certain wattage, not only the amount of power you’re pumping into it! This is why you can buy, for example, computer speakers that boast 400watts of power and have them easily massacred in terms of volume by speaker set ups with half the power (for further examples, compare computer speaker systems to shelf systems to a true sound system. You will find the volume, at a given wattage, tends to increase as you go down the spectrum).

I found the PSW-10 easily competed in terms of volume with every other sub in it’s range, including those running at twice to three times the power RMS. If you want to prove it to yourself, run down to your local Circuit City (who sells Polk subs) and sound test it yourself.

Now, onto the guts of the review.

Overall, this subwoofer is probably the best entry subwoofer you can get bar none.

TIPS FOR MAKING IT SOUND BETTER!!!

In summation, despite the reservations inherent of the entry level subwoofer class (and LFE port), this is an excellent subwoofer which warrants all the praise it’s been getting.

Raw Power as with all Polk Audio

Replacing an 10 year old 12" unit and as always Polk Audio does the job.

@fuzal I recommend to buy