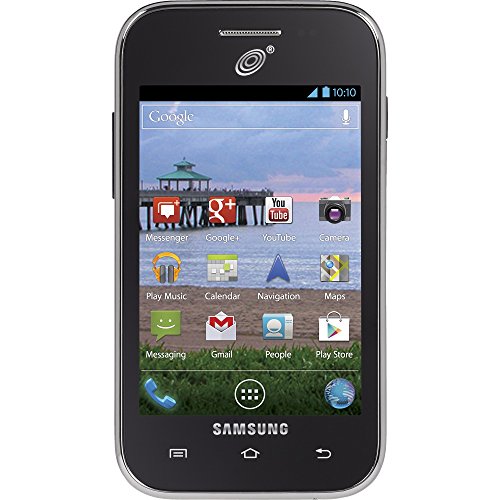 Upgraded from a LG 840g and I'm not looking back.

My prior phone was the LG 840g. Although the LG served its purpose providing a mp3 player, a better GUI experience, easier texting and a touch screen in comparison to my Motorola flip phone that preceded it, I was growing a bit weary of the limited software available and was anxiously waiting for tracfone to offer an android phone. I also admit I have been obsessed with the sony smartwatch and its not compatible with any Java tracfone. Anyhow, after 4 days I can say I am more than satisfied and, no, it has nothing to do with the watch. I didn't buy it yet. The most difficult issue I had was transferring my contacts from my old phone. Eventually I just transferred them phone to phone using bluetooth which was super easy after I figured it out. I went to the tracfone website to complete the transfer myself and it was easy. The transfer itself took about an half hour after I completed everything.

Things that I’m so so on:

If you’re on the fence I say give it a try. Overall, I’m happy with this phone. The price was not even a question for me. It’s worth it. I took advantage of a deal on ebay that offered 200 minutes which broke down to 600 minutes each. It takes what the LG 840g does to a smarter level. I would also urge anyone looking over reviews or writing reviews to take a second to distinguish if the faults are a software or a phone issue. For example, although it was resolved, there was talk there was no way to view your remaining minutes. I can’t hold samsung responsible. That is an android/tracfone issue. If you are new to android and your issue is software related, it will be an issue regardless of the phone you buy if its on android.

After using a basic cell phone for over a decade, I was totally surprised at the powerful features and usability of this affordable android cell phone. After reading the owners manual and using most of the functions over a weeks time, it became very easy and practical to use a number of the provided apps and widgets on the cell phone. I have added 8 more apps from the Google store, and all programs have function properly once installed, along with a SD Micro card. My area in which I reside is notorious for having very poor and at times non-existent service coverage, due the mountainous terrain. However this Samsung cell phone connected every time I have had the need to use it, while family and friends cell phones would not be able to linkup with the local cell service as we stood side by side. Using the wifi wireless feature is great to use when a hotspot is located for viewing information and the Bluetooth connection is wonderful to use for hand free conversation. I would not hesitate on recommending or making an additional purchase for a family member. This Samsung Android cell phone may not have the latest and advance electronic hardware on the market, but it will service you good and is affordable.

@fuzal thanks, have a great day