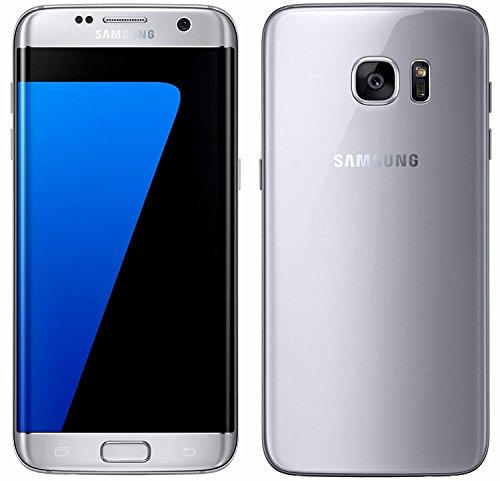 The Samsung Galaxy s7 Edge is a great phone. The camera is very good, takes clear pictures, and has probably the best front camera I have ever seen. The S7 edge looks very sleek and has great features. It can take a memory card now which is great and was a feature I really wanted. I'm using a 128 gb SanDisk micro SD card and have a ton of space. It can shoot videos at 4K resolution which looks pretty good and will of course eat up a lot of space, so that is where the card comes in. You can stick to 1080p resolution as well. I got the Straight Talk ATT Compatible Nano SIM Activation Kit and works perfectly! The phone is also water proof up to half hour but I haven't tested that yet. You can buy the wireless charging pad for it, and it works great with no further add ons needed. The only real draw back is the price, this is pretty expensive. Also you definitely want to get a case for it and protect your investement with a 2 year warranty plan. All in all, the phone is great, fast on start up, fast LTE data, great camera, big screen, clear screen, and nice edge screen features.

I bought the Samsung Galaxy S7 Edge G935F in Black from this product page a week ago.

A lot of people have asked questions about this particular international version so I’ll answer some of those first. For starters, the one I got was the english edition for the Saudi Arabia market (see attached photos, the guides came in english and arabic). From what I can tell, the phone is the same as any other international edition but with different preinstalled apps. Mine came with a SA region specific app “Shaid” (seems to be a YouTube-esque app in arabic) that I uninstalled and WhatsApp. Other than that the only remaining bloatware was stock Samsung apps (no carrier apps, thank god), the only other thing I noticed that may be region specific is the S Planner app has a “Hijri dates adjustment” setting. Lastly this version ships with a non-us wall charger (aside from the regular stock accessories) shown in my review images. Mine also came with an adapter for use within the U.S., I have tried it and can confirm that it works with fast charging.

This phone also uses a different chipset (manufactured by Samsung, called Exynos 8890) than the U.S. version. Reviews I read noted that the phone was actually optimized for this chipset w/ better performance and battery life than the U.S. Qualcomm counterpart (Google it). In the U.S. version the Qualcomm Snapdragon 820 chip is used to support Verizon and Sprint customers whereas this version only supports GSM carriers.

To preface the review of the actual use of the phone, I have owned the following devices and used them each as a daily driver for at least a months time: Samsung Galaxy S4 GPE, Samsung Galaxy S5, iPhone 4, iPhone 4S, HTC One M8 GPE, iPhone 6, iPhone 6S, Nexus 5, Nexus 5X, Nexus 6P. The Galaxy S7 Edge has been the most delightful experience of the bunch. I won’t go into great detail here but the camera is phenomenal and launches faster than any other phone I’ve owned w/ a double tap of the home button. The camera’s auto focus is super fast and I feel like I’m able to get a capture a lot of moments that my previous phones were too slow to shoot. It’s also nice to be able to change the quick launch apps on the lock screen, I have the dialer and snapchat as mine.

Continuing a theme of high performance this phone is incredibly fast despite powering a QHD resolution screen. Apps are surprisingly quick to load and multitasking is a breeze (I even found some use in the Samsung’s split screen feature). The fingerprint scanner is on par with apple devices (and nexus 6p/5x) although because of it’s non-circular shape I find that I place my finger the wrong way more often. The battery is the best of any device I’ve used as a daily driver, I’ve been able to get through days of heavy usage like today (unplugged from charger at 5:45am, now at 25% at 9:03pm).

The screen is BEAUTIFUL. Not only is it easy to read even in direct sunlight (something I have seen other devices struggle with) but the colors are vibrant and the screen is huge without making the phone too big or bulky. Perfect for watching YouTube videos and browsing instagram.

Lastly a few notes if you buy this phone:

Update 5/9/2016: I’ve been using the phone as a daily driver for over a month now. I’m still impressed by the overall gfx smoothness, how fast apps load, and camera performance.

Update 7/25/2016: still in love with this phone. I’m honestly not sure what would compel me to purchase a new phone at this point… I also rooted the phone and changed the emojis to the iOS 9 set with the Emoji Switcher app from the play store. No more guessing when messaging my iOS friends =)

A lot of commenters have asked which seller I purchased mine from: Wireless Everything.

I've owned the S7 Edge for about a month now and I am very happy that I decided to get it. I use it for personal and business. It looks very professional, especially with the titanium color. I use a transparent and thin case so as not too hide the beauty of the phone. The size is right for my hands and it's comfortable to hold. It is not wide like the iPhone 6s Plus or the S6 Edge +. The camera takes awesome quality pictures for a phone, and the apps and widgets are great. The home screen is not limited to the app icons. You can actually have a memo right on it that you can look at and edit immediately. This is useful for a task list, a grocery list, etc. The battery will last a whole day, but I recommend charging it in the middle of the day. Some apps sort of freeze so you have to close and reopen it to work again. The Edge screen will limit how you hold the phone, because every now and then you will find yourself touching the edge of the screen and thus affecting whatever you are doing. The internal storage is limited to 32 GB, so you better add an extra storage. Lastly, it's expensive. If you can live with these pros and cons, this is definitely your smart phone!