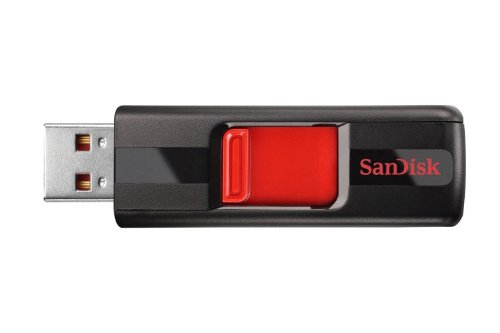 I am a SanDisk fan. I have always used there products and have been happy with the speed and reliability that they offered. Recently I upgraded from the SanDisk Cruzer 16GB to the 32GB. Right away I noticed it was taking longer to move files. Also from time to time it would just stop during transfer. I left it on all night thinking it would finish and it never did. I Decommissioned that one and bought another a few months later locally this time. I figured I must have gotten a hold of a bad one. The new 32GB Cruzer did the same thing. I just worked around the issues and continued using it. I figured the 32gb model must be flawed in some way. Still being a fan of SanDisk Cruzers I just recently upgraded to the 64GB model. So far it hasn't stopped during transfer but it still seemed to be taking to long. I decided to try a little test. I Purchased a Transcend 64GB thumb drive. I made a folder on my desktop and put 70 files of varying sizes equaling 4.03GB. I copied the folder to my SanDisk and timed it then I did the same with the Transcend. Here are the results:

I can’t speak for the long term reliability of the Transcend thumb because this is the first I’ve owned. What I do know is that it has a good solid feel, it’s cheaper then the SanDisk of the same size, and it’s considerably faster. I’m going to continue testing this drive and if it works out and I grow to trust it I will post again and let everyone know. For now I’m going to lean toward Transcend.

** Update as of 01/30/2013 **
I continued using both the Sandisk 64 and the Transcend 64 daily at work. The Sandisk is still significantly slower and occasionally stops responding during transfer. Unfortunately there is no safe way to remove it because technically it’s still in use and will not respond to safe ejection procedures both in Windows and Linux. I just do a system shutdown hopping the OS will safely close the open files. I then remove it, restart the machine and try again. This may sound a bit extreme but I do it for a reason. One time it stopped responding on a 3 gig transfer so I let it sit for an hour. When I came back it was still unresponsive so I removed it and took it to another machine I was updating. When I inserted it the new machine I was asked if I wanted to format the Sandisk. I lost everything. Fortunately I had the same data on the transcend so it was just an inconvenience. If however I had been relying solely on the SanDisk it would have been a very long night. The Transcend 64 still continues to surprise me with it’s reliability and speed. It is used at work in the daily grind and shows no signs of instability or speed loss.

Seven month tested daily, head to head- Transcend 64 GB JetFlash 500 Retractable USB Flash Drive TS64GJF500E VS SanDisk Cruzer 64GB USB Flash Drive SDCZ36-064G-B35. And!.. It’s Transcend for the Win! Sorry SanDisk, this was a complete miss match. With all your resources, funding, and experience You should have stomped transcend into the ground. You need to get your staff into one room and discuss who dropped the ball and what your going to do about it. Your pro’s, this should never have happened and because it did you’ve introduced doubt into the minds of consumers you had won over years ago. This leaves me wondering was it a shameful loss for SanDisk or is there a new player in the game. In my opinion Transcend just stepped out of the background and into the foreground. They will be given serious consideration during my purchases in the future.