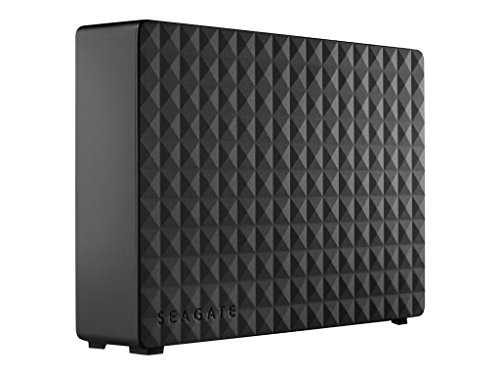 First off, i was wary of the number of review stars on this drive since A) it's a seagate which seems to get a bad rap as of late, and B) most of the 5-star reviews are vine voice reviews of free products. Over the last year or so i've come to the conclusion that these elite reviewers would rather keep their free stuff coming than provide honest reviews... but who am I to judge... i'd probably do the same.

Rant aside, this drive is fast as hell. I was surprised how quickly it comes out of sleep mode (~ 2 seconds vs the 10-15 it takes my old(er) WD 3.0TB drive). I ran a long SMART check that came back clean and i’ve copied about a TB of stuff over to it. Zero complaints so far… but as others have said, we’ll see how it fares in the long-term. If I needed another 5TB right now, I wouldn’t hesitate on buying another one of these.

Amazon packing was a little sketchy… the air bags stopped the HD from moving horizontally in the box, but not vertically. Other than that, i’m happy with this purchase.

(Update 06/29/2016)
Drive is used daily and still comes back clean with long SMART tests. Still very satisfied with this drive.

Got this for my son's xbox

I got this for my son's xbox one for memory and it works great, just plugged in answered a question and ready to go

I bought this item about a year ago around Black Friday & Cyber Monday when it was on sale. I've been using it since it arrived in the mail to store the games that I bought after the hard drive. I have 86 games stored on the hard drive with DLCs and updates. However, hard drive storage space is 4.5 TB (0.5TB used for functionality), and USB 3.0 connection gives me no noticeable lag speed. I used up 90% of 500 GB Xbox One storage before I had this hard drive. Now, I only used about 10% total data (I didn't transfer any data I and use both the internal and external hard drive) with the external hard drive for my current new games and expansions. I would recommend this external device for anyone who receives monthly games with Xbox Live "Games with Gold", Xbox 360 games, and buys games on side. This device ended any future dilemmas I had with installing and uninstalling games that to make room for more games. I haven't tried the device on my PC since it has ample storage built in, but I might later in the future when Steam Games and Mods take up too much space. With this external hard drive, I have no concern about size games I install or download.