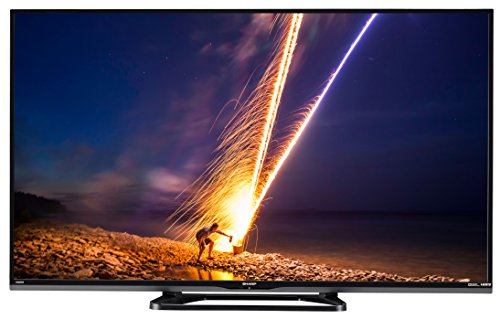 This TV Has Sound Problems - Personally, I Think It Has a Bug

I am amending this review to reflect my experience since I bought this tv. I bought this in early May, 2015. In June I started having issues with the sound. Whenever I used some sort of device such as a Roku or Apple Tv, sound would go and I would have to unplug the tv and essentially reboot it. Tech Support had me do some sort of reboot with the remote which helped for a while. The problem returned in July and then one day, the tv wouldn't turn on. Tech support quickly realized I needed to have someone come out. Tech support was fine. The problem was the warranty folks. I was kept on hold a long time and was treated rudely when I asked a simple question. I was also told someone would call in 3-5 days (!) to set up an appointment. Through Twitter (I communicated with Sharp through Twitter which worked well) I learned that someone was supposed to come on the 12th of August. No one came. I got a call on the 13th and someone came out. Fortunately, it was a day I was able to work with. That person was very nice. He replaced two boards, one for the sound issue and one for the tv not turning on. This fixed the problem. But the sound problem has since returned. It is the same. If I try to rewind on Roku or Apple tv, sometimes I lose sound. Warranty wants to send me a refurbished, use piece of equipment. It insists that I am outside the warranty coverage period. I explain I spoke with them less than two months after I got the tv.

The warranty company refused to help me, but Sharp somehow got this resolved and I ended up with a new tv. However, the same sound problem exists. See below for my update.

As to the tv itself. For the price, it is a nice tv. It is extremely light, very bright and has a very thin frame. I was surprised at how much smaller flat screens have gotten, in terms of their frames, over the past 7 or 8 years. This is not, however, a truly smart TV. There is a Netflix button on the remote which has never worked. I cannot get Netflix to work directly through the Internet on this tv. I have a Roku though, so I didn’t care about it. There are a limited number of channels available through the Smart portion of the tv. So, if you are looking for a truly Smart tv with a lot of channels available, this isn’t it. At least not as of this moment. However, it does connect to the Internet and it does have a few channels. I simply haven’t tried to use any of them beyond Netflix.

Here is what I think. I think this TV has a bug. The bug involves using a Roku or an Apple Tv and it is this: Somewhat frequently, when you rewind, or when you watch Netflix and it automatically goes to the next show, the sound goes out. I have found two ways to get the sound to go back on. The easier way is to simply switch the input over to something else. Sometimes that brings the sound back. But often I have to unplug the tv and then plug it back in. When I do this, the power light comes on when I plug the tv back in, and then shuts itself off again. When I turn the tv back on, the sound is back.

As you know from the rest of my review, I ended up with a replacement tv. Since this tv has the same exact problem, I think that Sharp really just needs to look into this problem and fix it. Hopefully a firmware update will come along sooner or later.

The smart tv seems to work well (only had it for a few days). Wonder about support. Logged on and registered the product and later found that we could only log on using the same UserName and THE SAME COMPUTER. Person answering our call new only details of thing like finding a user manual, had no knowledge of logging on problems etc. Blamed computer manufacturer for any logging on problems and had no telephone number for technical support.