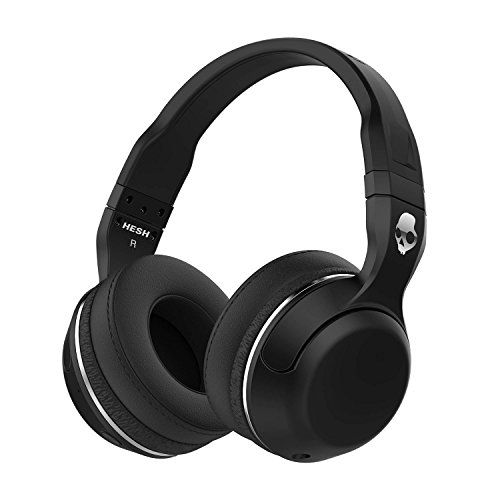 These headphones are a great substitute if you don't want to spend $400 on Beats or the Parrot Ziks. They are not bass heavy so if that is what you like, you may want to go with the Beats. These headphones give a nice clean sound and they are very comfortable. As a kid, I was always teased about my big ears. I was shocked at how comfortable these headphones fit over my big ears. I use them for roughly 5 hours a day at work and have no complaints.

They are well constructed with a great rubbery/plastic feel which is hardly a problem. They are very easy to sync with any Bluetooth device and the features to answer and end phone calls if using a cell phone works great. The only draw back I noticed is that when I answer a call using the phone and not the headphones, the music does not restart in the headphones but comes from the phone’s speaker instead. So, it’s best to use the button on the headphones to answer and end calls. As far as distance goes, I was able to walk 27 feet away from my phone before the music began to cut out. I’m not sure how that stacks up against other Bluetooth headphones.

I am very happy with these headphones. I saved myself a few hundred dollars by not purchasing the higher end sets. You won’t go wrong with these.

I had heard that the SkullCandy Hesh 2 had much higher sound quality than my existing SkullCandy Crusher set [a pair of headphones geared towards car-audio bass quality, and not actual sound quality]. However, I absolutely could not bear the ill-fitting standard corded Hesh 2's, as the cushion is not soft, and is designed completely to house an ear within the cup, but my ears are far too big to even fold into the small inner cup of the headphones and if I use them as on-ear headphones my ears are crushed, so no matter what I do, I'm left with miserably sore ears. Around the end of 2014, I had heard of the new wireless Bluetooth model of the Hesh 2. Wireless alone had caught my interest, but the shape of the Hesh was just too poor of a fit on my ears. Though, once I found that the Hesh 2 Wireless featured the same luxurious soft padded cushioning as the Crusher, these became a must-buy for me.

Before getting into the headphones’ actual performance, I must go over the their build and overall comfort. The Hesh 2 Wireless is designed with the same shape as the Hesh 2 [except for the attractively-flattened ends of the cans, the soft matte-all-over finish, and luxuriously-soft padding to differentiate from its corded iteration] so if you have tiny ears, this is just as SkullCandy advertises; an over-ear set, but in my case and for anybody else with dumbo ears, these are on-ear headphones. Don’t even try to fit a large ear in those cups, it’s just too uncomfortable and not worth the effort. Besides, the luxurious cushions on the Hesh 2 Wireless are so soft and comfortable that even if your ears are so big that the headphones must rest on your ears, they will not become uncomfortable even after extensive periods of listening.

The sound quality itself is superb, to say the least. These cans rock some kickin’ 50mm sound drivers with intense bass and top-notch clarity for the price. The drivers being 50mm brings up an important note to most people: If you don’t want others around you hearing sounds coming from your headphones, then that may become an issue with this set. The drivers are simply too large for even the set’s thick durable housing to keep in, and sound is going to bleed outside of them at higher volumes. That being said, these things murder the bass-laden Crusher in the clarity department, and at $100, you’d be a fool not to opt for these instead of the $350 Beats Wireless unless you blindly worship a name, because these cans pump out the same quality.

The Bluetooth signal is average, but that isn’t a bad thing. While wired headphones have cords between 4 and 8 feet, Bluetooth technology graces supported headsets with a 30ft signal range, thus making a selling point out of any wireless headset. The quality of sound over Bluetooth is superb, and depending on the device [usually low-end laptop computers], the sound quality over Bluetooth is superior to the standard 3.5mm connection. This set has a very fair battery life, getting 15 hours when, get this, the headset is set to MAX volume, not some lower setting like other companies advertise for their products. So if your most comfortable listening level is at around 50% or 75%, expect battery life nearing or exceeding 20 hours of use per charge.

Just as with all other wireless headphones, even if you drain your battery, but happen to have the included audio cord handy, you can continue to use the Hesh 2 as a wired headset.

Charging is perhaps the most negative point of these headphones, as while charging is very quick and only takes an hour and a half to get 10 hours of play, and 3 hours to get a full 15+ hours, the task of plugging the charger is very counter-intuitive for the sake of keeping the port safe from dust and whatever else is in the air. You actually have to tilt the left speaker as far inward as you can, and keep it there until you plug the microUSB charger into the top of the speaker. Having it at the bottom would have put the port more at risk, but would have made it as easy to charge the device as all the other Bluetooth headsets.

I would not recommend paring this with multiple devices, as the ‘switch devices’ feature does not work as well on these headphones as it does on SkullCandy’s portable Bluetooth speakers. This headset is best when only paired with one device you know you’ll be using it with most, and using it as a wired headset with any/all other devices.

Overall, I highly recommend this set to anybody looking for a wireless headset that performs above and beyond not only wireless headphones in the $100 price range, but headphones in the $100 price range in general. The sound quality can’t be beat by anything else in its class unless you start treading into ‘audiophile’ territory, and the battery life, I feel, is well worth the less-than-ideal charging procedure.

P.S. - For any music addicts or geeks who choose to look like a tech enthusiast wherever they go, these babies look awesome around the neck, and having them on the neck while traveling is better than cramming them into a bag/backpack, as the simplicity of slipping them on and pressing a button for use can make them a permanent accessory to any music fan’s outfit. The style of these headphones is icing on the cake.

I was looking for a pair of bluetooth headphones for quite a few months before deciding on these. I was sure I did not want to spend the money that Beats are asking for but I also didn't want a terrible sounding headphone. I had decided to look to Amazon to see what headphones were getting good reviews. These skull candy Hesh wireless were getting decent reviews and they were also available at my local bestbuy. I went there and listened to them and thought they had a really great sound and they were around 100 dollars there. I decided to wait and check out some other sets. Around a week later I saw these Hesh headphones on sale in the local Walmart flyer for like 40 bucks. It was a no brainer. I went online to try and buy them but they were only available for local pickup so I purchased them online and picked them up at the store. It was a 50 mile ride round trip but it was worth the drive.