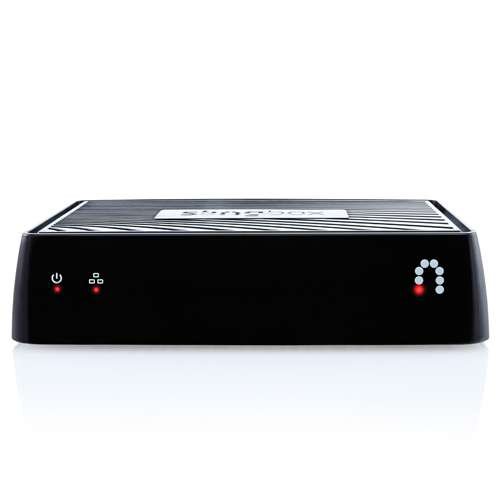 I have been a long time Slingbox user, thru multiple generations of products. My wife and I use this on a daily basis to watch live and recorded TV from Japan at our home in California. The technology is wonderful, but has unfortunately been plagued by the recent addition of forced advertisements. Slingbox is still the leader in Place-shifting but has made some regrettable choices in an effort to improve their revenue stream at the expense of customer user experience.

What is “Place-shifting”?
I have long been a fan and strong advocate for the technology of “place-shifting” which allows the ability to watch and control your personal media (cable boxes, Tivo, other DVR systems) remotely from outside your home. Slingbox practically invented this market segment and although there have been several competitors over the years (Sony, Hava, Belkin to name a few), Slingbox still remains the leader in this segment.

Ad-supported SlingPlayer (Read on for hints how to block)
Since winning a technology lawsuit that forced several competitors to drop out of the market, combined with the increasing pressure from expanding On-demand services (Netflix, Amazon, HBO Go, etc) Slingbox has found themselves in a position to attempt to grow their revenue from ad-supported players, introduced March 2015. Since that time, Slingbox has undergone a revolt from customers who found ads intrusive and severely impacting a previously pleasant viewing experience (screen viewing area decreased as a result of creating ad space). It should be pointed out that the SlingPlayers for Mobile Devices, (a $14.99 app) was and still is devoid of ads. The desktop/web-based SlingPlayer requires watching a pre-roll video ad that lasts about 15secs. In addition there are banner ads below the viewing screen and above the guide. In full screen mode, the ads fortunately disappear. There are some clever ways of blanking the ad banner boxes by changing your hosts file and redirecting known ad-servers to bogus IP addresses (usually the loopback address 127.0.01). There are special hosts files you can download on the web. However even these maneuvers which help reduce the “screen clutter” of ads, do not fix the fact that part of the viewing screen size was sacrificed to make room for the banner boxes.

So, what’s new with the M2?
Sorry to disappoint here, but the short answer is NOTHING really. It’s just a bundling change. That was confirmed in an inquiry I made to the SlingMedia Marketing Department. Indeed, in my tests, there has been no change in operation or performance from that of the M1. The M2 bundle is basically the M1 hardware plus the unlimited mobile ad-supported SlingPlayers for your tablet or smartphone. That’s it! See below under price for a discussion about which may make more sense you. (That’s all that matters in a bundling change.)

Watching on real TV?
Since the SlingCatcher was discontinued several years ago, there hasn’t been a good solution for watching Slingbox on an actual TV. Several 3rd party boxes have come and gone but none provided a stable and clean connection (Boxee, Netgear, Sony). Recently ChromeCast and Roku added a channel for SlingBox but it requires a SlingPlayer on your mobile to work which doesn’t make sense that you need 2 devices to make this work (room for more problems). SlingPlayer on an ipad can be transmitted to an AppleTV device thru airplay but again, you need 2 devices (and only the person with an ipad in hand can use it). To date the best way I have found to accomplish this is making an HTPC and installing the desktop application or using the web-based player. In full screen, there are no ads, and the experience is actually quite good. However, creating an HTPC requires alot of technical know-how that most consumers don’t really have. Thus overall, this is a disappointing area for SlingBox.

Watching on the go! (Your Smartphone!)
Attention! There are now FREE apps for both iPad and iPhone! These were released July 16, 2015. The catch? Everytime you connect, you have to watch a 30sec commercial to get things started. Sometimes when you switch apps (say to respond to a text message) and go back, you may have to reconnect an watch the 30sec commercial again. It gets a little old, and when I don’t pause my show beforehand and I finally connect again, I find I’ve missed several minutes of the show and need to go back. But hey, its free right? For $14.99 a pop, you can get an ad-free version. Although I’m not thrilled about shelling out more money, at least there is a choice! The app itself (outside of ads) is actually very well designed. You get access to your actual full-featured remote, in a perfect graphical replica to control your TV that appears and disappears at the touch of a screen. The settings are easy to understand and change. There is an excellent guide to shows (based on your location and provider that you select during inital setup). I’m personally not a huge mobile TV viewer but overall, I’d have to say they’ve done a good job with the apps here. What’s more, the free apps also work with legacy Slingboxs! I can watch both my M1 and my Slingbox Pro-HDs with the new free app.

Setup?
Easy. No playing around with port setups on your firewall. Just plug in everything (LAN cable too) and go to the setup website (you must be on the same local network for setup). After answering a few questions about what cablebox (or other device) you are controlling and running a few operational tests, you are done! Much easier than the past versions. The only issue is the port number can no longer be customized, only a problem for network geeks (but even I can live with it).

How is the picture quality?
Overall, its great. But keep in mind, this all depends on THREE factors:

Price (and your options)
I’m not entirely sure I understand the price structure at this point in time. The current Slingbox product lineup includes the M1, M2, 350 and 500. The M1 currently sells for $120 which other than the name itself, is the same hardware as the M2 (this was confirmed by Slingbox PR office in an inquiry by me). Indeed, I notice absolutely no performance difference between the M1 & M2. The M2 sells for $199. The $70 premium bundles the unlimited free SlingPlayer app (with ads) that are not included with other packages. If you consider that $70 would purchase 4 SlingPlayer apps (without ads), this likely isn’t the choice for you at this pricepoint. You would probably be much better off purchasing an M1 plus 1 or 2 ad-free SlingPlayers separately ($150 total). The Slingbox 350 is $95, has excellent quality (HD quality like M1/M2), but lacks WiFi (I suspect the 350 will be discontinued very shortly, but an OK choice if you don’t need the WiFi and want to save a few bucks). The supposed “flagship” Slingbox 500 currently costs $235, has no improvement in quality and features an HDMI input that has serious technical concerns given that Slingbox does not allow HDCP protected content. I cannot recommend the 500. Thus, the M1 seems to provide the highest value of the entire lineup.

Overall, I still have to give the product 2 stars. I continue use the Slingbox on a daily basis but I really feel this product could be so much better if the ads could just disappear all together (especially on the PC desktop/webplayer versions of the player). It is a hard pill to swallow especially for those of us who have been long time users. I also feel that the value of the M2 (at $199 with ad-supported unlimited mobile player downloads) is not as good as the M1 (at $120 with exact same hardware and option to buy ad-free mobile players at $15 a piece)

2 stars. I wish I could give more…Slingbox it’s in your hands!

Spent 4 hours trying to make it work to find out the ir was bad.,took it back traded for the M1. Much better experience and was about 50 bucks cheaper. M1 and M2 I think are one in the same. I would recomend the M1. I rated the M2 poor because it was broke when I got it.

I travel outside of the country and was frustrated for a number of years for not being able to access college football and other programming. However, the slingbox has solved this problem. I can turn on the slingbox and my cablebox any time I want and watch my USA cable, for which I am already paying.

Also, when using my iphone to watch TV, I noticed that the slingbox automatically disconnects itself if you did not disconnect it (maybe it is only my cablebox), so if you are connecting back with your phone after a day or two, it will seem like you do not have signal, but just press “power” on the system and the cablebox will go back on, and you can watch TV again. To avoid that when I am done watching TV in my phone, I now turn off the cablebox first and then disconnect from slingbox, and when I want to watch again, just connect and press “power”. However, the software in computers makes it even easier, I just press watch TV and it takes care of everything. In conclusion, it is easy but you just have to figure out the details.

Be aware that the signal quality and speed will depend on the internet at both ends.

Setting up your new Slingbox M1/M2