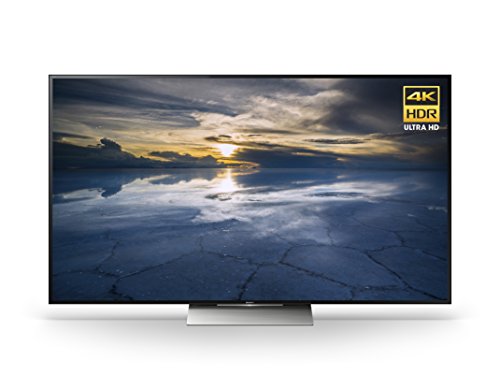 Update Dec 6, 2016 After only 6 months the 55" X930D died. It is unfortunate that the TV died so soon, especially since we did not operate the TV for that many total hours. Contacted Sony and they believe the issue is with the motherboard so they are issuing a repair. Not too excited about having to repair (not replace) this unit after only 6 months so I am lowering my review to 3 stars. I will update as I know more.

Original Review
The wife and the kids absolutely love this TV and the improved picture quality relative to our previous Samsung 65". We had 2 different Samsung 65" TVs, both of which failed and we will never buy another Samsung TV again. We are running the infamous “10k” settings from AVSForums instead of the factory default and have not noticed any clouding or other reported issues. Perhaps it is a settings issue or luck of the draw for the panel from the factory, I don’t know.

The other reported issues are that sometimes it arrives bent. The seller we purchased from here at Amazon is shipping the unit upright on a pallet, which is quite unusual so perhaps this is the way it is being handled now? We didn’t have this issue either. I did notice that it would be easy to bend the screen when putting it on the stand or the wall due to the overall weight of the TV and the how thin the frame is if 2 people were pushing against it which holding it up. If it was lying flat on a palette and bouncing around in a truck I could also see it bending.

The other report issue of 3D not working correctly due to cross talk could be true, although we could care less about 3D around our home and never used the feature on any TV we had.

All in all we are very pleased so far. The 4K and HDR content is amazing on this box from both the Roku4 and the Ultra HD Blu-ray player. I have it hooked up wiht a 4K computer for the HTC Vive VR and that works well too. I paired it with a Yamaha RX-A3050 because we wanted to switch HDCP sources and 4K at 60 frames, which a lot of receivers can’t handle.

I will update this review from time to time as I learn more about the TV.

Update May 8th, 2016
Absolutely hate the remote that comes with this TV and whoever at Sony designed this remote should be shot. The arrow buttons, which you use to navigate are so close to the Home, TV and other related buttons that you constantly accidentally hit them and navigate away. Who thought this was a good idea? Fortunately I am not using the Android apps for the TV, instead I prefer a Roku4 and an Nvidia Shield instead. However Sony has a promotion that gives you 4 free HDR movies when you buy this TV through this June and I had to use the integrated 4K Sony app to acquire and stream the titles you select. By the way, they look sooo amazing in HDR over the Internet, we were really impressed. I am not going to take away any stars because of the bad remote design since we prefer Logitech Smart remotes anyway.

Update May 29th, 2016
The wife told me that we need this TV in the master bedroom too, so I just purchased another one to replace an older LG Plasma. The picture quality is so stunning she demanded we do it, that’s a first! It’s funny that we are watching content we have seen numerous times and didn’t realize the details we were missing. For example, we watch Wreck it Ralph and never realized it was raining in a scene before because you couldn’t see it on other TVs. We own about 6 smaller Samsungs as well and various other TVs and monitors and nothing has ever come close to the picture quality of this TV. Now we can watch Game of Thrones in detail in the bedroom too!

We loved this t.v. until it quit working after 4 months and 3 weeks of use. The t.v. was purchased on July 27, 2016 and quite working on December 24, 2016. After communicating with Sony Customer Service and going thru their process of sending out an adaptor and than a service representative, a new t.v. was delivered to us on January 18, 2017.

I first purchased the Sony Bravia 750D but shortly returned it due to lack of brightness. My living room has a lot of natural light coming in which is important for our newborn baby. I exchanged the 750D with this 65" 930D after much research. This TV is spectacular! to those short of time, here is a quick glance of my impression for this TV

Overall I gave it five stars because the pros really outshines the cons. Sure 3d is bad, but that not a daily use thing. Sound is easily remedied with a good sound bar or surround setup and remote problems can be solved if you have a universal remote that you already familiar and love.