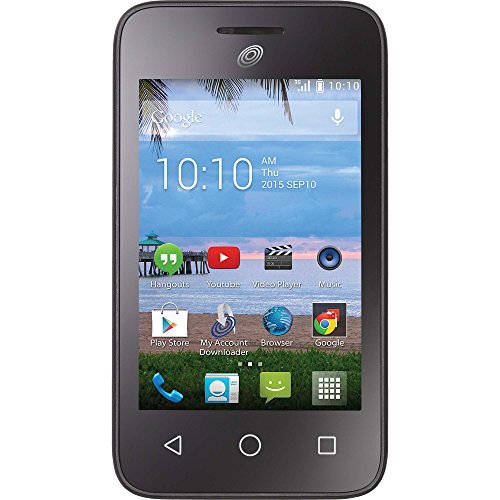 Let's get real. For the price this is actually a good phone. No, it's not a good phone in the grand scheme of things, but I've used worse. I previously had a Moto E tracfone which I hated. It broke and I got this to quickly replace it.

First the bad. The screen is terrible. Same size as an iPod Touch 4 but garbage quality. I’d say the touch screen capabilities are bad, but that’s every phone. Someone please make something better than capacitive touch. CPU seems to be slower than whatever is in the Moto E, but for this price, you can justify getting a real tablet. Aftermarket support for this phone is nothing. Be careful with it…or not, since it’s cheap. No screen rotation at all. Don’t force it to horizontal with power toggles or the launcher will crash (reset time!). Battery life doesn’t appear to be any better or worse than the Moto E, which means it’s not very good. Just grab a power bank and your usual bluetooth duct tape.

So the good. It uses HSPA and can do 4G. Yep. 4G on a tracfone. Compared to the CMDA-only Moto E, this is a drastic improvement in speed, signal strength, and reliability. The SD card works like it’s supposed to so (no emulated SD) you can actually load it up with stuff. You’re not going to be gaming much on this thing, but it’s nice to know that you can actually load up on ebooks and such without wondering if they will actually install to the SD card.

There’s probably some other bonuses that I’m forgetting, or leaving out because they’re things that should be expected, but you get the idea. This is a good, cheap phone in an age where a smart phone is unfortunately required.

WELL, I read all the complaints AFTER I got my new Pixi Android home. I set my phone up fine and I've never had one of these touch phones. I had THE original first flip Tracfone ever put out. LOL NO camera, no nothing, just a flip phone. So this was new to me. I set my telephone contacts us fine. If you want to see them, you click on the Phone icon and there's all my contacts. Not sure what the Contact icon is for. Has ONE contact and then a link to see all contacts. BUT no problem. I'm on facebook constantly with this Anrdroid Pixi touch and can check all the comments fine/easy. I've made calls and had them call me back to learn how to answer it. LOL I love this phone. I'm now texting. I haven't used much data at all. My phone came with triple minutes so when I added a 750mb Data card......it tripled. I hardly used any data. I had 3,000 minutes in my old phone I rolled over. I love this phone. The ONLY problem I had was it turning off too soon. So once I get on it I set the Display for NEVER so it doesn't shut off when I'm in the middle of something. I never have it on for long anyway. Half hour. I think this is a great phone and the price is right.