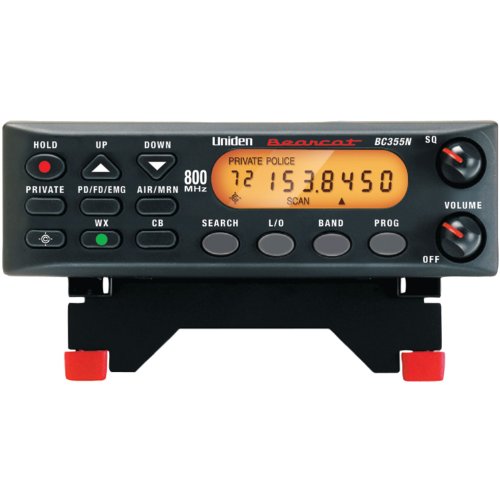 Excellent scanner from a reputable manufacturer ~ Also, easy to use

I purchased this scanner to replace one that I had purchased at Radio Shack about 15 years ago. Comparing the two, is like comparing night and day. What I like the most about this scanner is its ease of use. It took me forever to figure out how to use all of the functions on my old scanner, while on this one I was up and running in just a few hours time. Also, the signal reception is superb, allowing me to easily scan not only police and fire departments, but also the National Weather Service, aircraft bands, ham radio bands, etc.

The scanner has a wonderful feature that allows you to hone in on local frequencies, thus taking the aggravation out of spending an endless amount of time trying to connect to transmitters that are nearby. Also, while I’ll probably never use it to the fullest, the scanner comes with a built-in memory, capable of storing up to 300 programmed channels. Another very nice feature, and one that will get you up and running in no time, is the 6 pre-programmed service searches, covering the most listened to bands. You can use either two AA batteries, or rechargeable batteries of the same size. I would recommend using regular AA alkaline batteries, as I’ve been using the scanner for over two months and have yet to have to replace them.

The bottom line is that this is a well made, reasonably priced scanner that comes with a lot of useful features and is extremely easy to use. I give it 5 stars.

Good bang for your buck!

First, it comes with a mounting bracket. The online manual says it's an optional extra.

Second, this is a narrowband scanner that can scan frequencies four places to the right of the decimal point. This narrowband law for radio equipment was passed by congress in 2013. So your not left out in the cold as newer radios take advantage of narrowband.

Third, it’s an analog scanner and not digital. There is no law saying radios have to be upgraded to digital so plenty of traffic to scan

Fourth, it can’t pickup trunked phase one or phase two signals but you can store all the trunked frequencies of the system your listening to in the 300 channel memory and scan them on turbo scan.

Fifth, it breaks up the 300 channel memory over three banks instead of one. Some found this to be an inconvenience but how many channels do you need?

Sixth, it pickups from 25 megahertz to 956 megahertz excluding car FM radio band and cellphone radio band. It’s a law no scanner can pickup cellphone band. So it covers a wide range of signals from CB, maritime, aircraft, police, fire and rescue just to name a few.

DEFINITELY A LOT OF BANG FOR YOUR BUCK!

@liesbeth Not sure yet