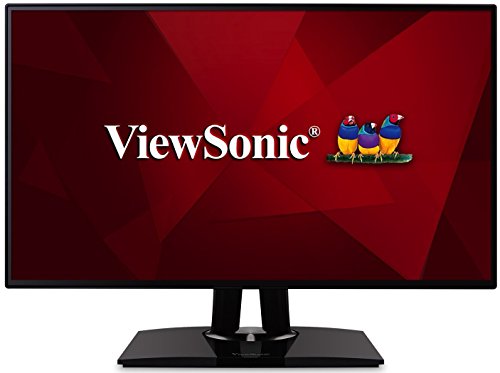 Wow what an awesome yet underrated display!! MUCH better than Dell U2713HM or cheap Korean imports.

I know all the rage is about the Dell U2713HM or those cheap Korean S-IPS imports (Achieva, Catleap, Overlord etc) and even I fell for the hype and ordered a Korean Achieva Shimian 1440P S-IPS panel. While it had a very nice picture, the quality of the panel itself was pure garbage. Meaning about 50% of the display had light leakage, terrible viewing angles (IPS glow galore) and the colors were not accurate (though I'm sure calibration would have fixed that). The housing of the Korean monitor looked like it was put together by a couple kids in a garage using standard screws you find at Lowes--basically you get what you pay for.

I’ve also had the opportunity to use a Dell U2713HM and it also suffered from ugly crosshatching due to its AG coating and massive backlight bleed, again, not worth the premium Dell charges given the shoddy quality. I’ve also read about image burn in with the Dell U2713HM so that was enough to make me steer clear of Dell.

Now on to the Viewsonic: This thing screams quality from the packaging to the housing to the actual display quality.

Calibrated from the factory: Upon unboxing it, you are greeted with a calibration report from the factory with the delta E values (<3) and the corresponding curves–NICE!

Build quality: The Viewsonic branding is barely even visible on the front of the display, its a nice black matte finish with touch controls. The stand is fairly large and very durable with the base made of metal.

Picture quality: A-M-A-Z-I-N-G! This display doesn’t have PWM backlighting like Asus, doesn’t have the ugly AG coating crosshatching or image burn in of the Dell U2713HM and certainly doesn’t have the massive backlight bleeding + crap quality of the Korean displays. What it does give you is what you expect for the money–a quality product with beautiful colors, deep blacks and minimal to no backlight bleed (mine has none). IPS glow? I don’t see it on mine vs the Achieva Shimian that had it all over + backlight bleed.

Ghosting/Input lag: If you read Prad.de’s review, they tested this thing’s input lag with an oscilloscope and found it had a max of around 12ms lag. I used to be a heavy gamer with CRT displays and I can tell you this display does very well, probably better than most short of 1 ms TN gaming panels.

OSD/Controls: This is where I knock one point off. The touch controls are too sensitive and the menu is not intuitive. Once you get used to the overly sensitive controls, its manageable but still a hassle.